At least four major video game publishers have dropped out of the show floor for the Electronic Entertainment Expo (E3), the giant gaming extravaganza held each year in Los Angeles in June. This likely forces the Entertainment Software Association, the trade group that organizes E3, to do some soul-searching about how to make E3 booths attractive for the remaining 200 or so exhibitors.

The $99.3 billion game industry (as market research Newzoo estimates) is stronger than ever, but a lot of people are wondering what’s happening on the inside if so many E3 stalwarts are changing their plans.

Citing its interest in creating fan events, Electronic Arts pulled out first, but said it would keep its press event and meeting space at E3. Activision Blizzard, Disney Interactive, and Wargaming have also pulled their booths. But ESA spokesman Rich Taylor says the group isn’t worried. The senior vice president of communications spoke with GamesBeat on Thursday about the show’s continuing relevance in an age of fan events, livestreaming, and social media. In fact, he argued that E3 serves as the epicenter for all of those things, and this amplifies the show’s presence around the globe.

You wouldn’t, for instance, see billions of media impressions about the show if there were no epicenter for it, Taylor says. 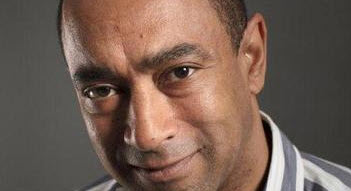 GamesBeat: I wasn’t overly interested in the trend when EA decided to pull out of the show, but then Activision Blizzard joined and made me raise my eyebrows. I heard from Wargaming and Disney that they’re also dropping out. Is this making you guys concerned?

Rich Taylor: E3 is an evolving show. It’s not the same year after year. Individual companies will make decisions for their purposes each year and each iteration. I’d refer you back to the companies you named to see what their rationale is. But overall, you’ve probably heard from many people that E3, for the past several years, has been among the best shows that anyone has ever experienced, including last year’s show. E3 itself remains dynamic, invaluable, and the preeminent show of its kind in the world for video games, entertainment, and innovation.

We have a record number of press briefings this year in the ramp up to opening the show. Folks recognize how valuable a launch pad it is and how being part of E3 adds rocket fuel to the attention and eyeballs and interest and visibility of the new titles and new hardware and new innovations that our industry produces each year. E3 is a strong, critical, and integral part of our video game ecosystem.

GamesBeat: It seems like people are distinguishing among what sort of things they value now. The E3 booth has been described as very expensive. Press briefings, on the other hand, are something you see more of. We also see a lot of livestreaming of events at E3. That probably has some kind of impact as well. Is there some special worry you guys have about the value people see in E3 booths?

Taylor: No, not really. I’m seeing some of the elements you talk about. The things you mention are all additive to what’s happening at the show. The show is the core. The show gives folks great news to talk about and stream about and share. You look back a few years ago, VR wasn’t present in the E3 world. Last year we had 27 companies showing VR at E3. I expect a similarly strong showing of that technology this year.

It remains an important place to be. The amount of media impressions coming out of E3 is mind-boggling. The excitement that companies carry out of E3 is immeasurable. We dominate social media. We dominate a lot of traditional media during the show and in the aftermath. As a launch pad, it’s without peer in this industry and in entertainment across the board. 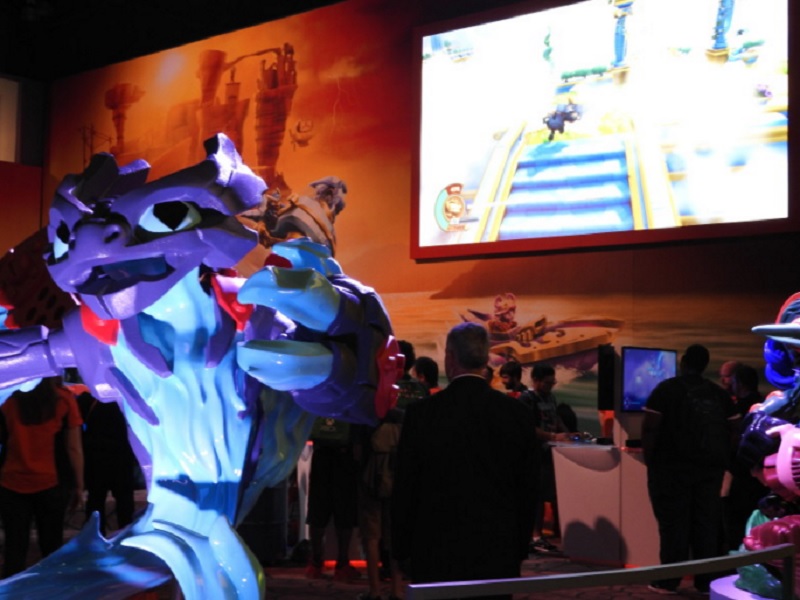 Above: Activision Blizzard won’t have its booth again at E3.

GamesBeat: Is there any reflection you guys are doing in the wake of these more prominent departures? Is there a conversation that’s started about anything in particular?

Taylor: Each show, we have conversations with attendees, exhibitors, the retail community, the media, and so on. Our goal is to always make adjustments to the show to make sure it’s the highest value for all those who benefit from it or are designed to benefit from it. That said, that process is ongoing. We’re listening and talking and asking right up to the time of the show. Then we’re in full service mode during the show to do things on the fly and make it as high-quality an experience as possible.

GamesBeat: Some people think an easy answer would be to go the way of Gamescom and let the public in on the last day, or extend it for a day or two. That may make the booths more cost-effective in terms of how much exposure they generate.

Taylor: It’s a balance. We look at it and talk about it. Last year we had a number of prosumers in the hall for the first time. Exhibitors were given allotments of tickets for their most valuable customers and that got a consumer element on the floor. We’re likely going to do that again this year. We’re always looking at other possibilities too.

I don’t think the answer is to roll up the bay doors and fire a starting pistol. It’s something more strategic, done in concert with our members and exhibitors and attendees to make sure we strike the right balance whenever we make a change. That includes questions of consumer engagement and involvement. We’re open to doing whatever it takes to make sure E3 delivers for exhibitors.

GamesBeat: Is there any discussion about whether to change your pricing for show floor booths?

Taylor: That’s far enough into the weeds that I probably won’t get into it in an interview. But it goes back to the general subject where we have conversations about all these elements. We never start with nine of the 10 E3 commandments chiseled in stone. It’s a blank canvas, and we go from there to create E3 each year. Anything is possible if it makes sense and benefits the attendees and exhibitors. 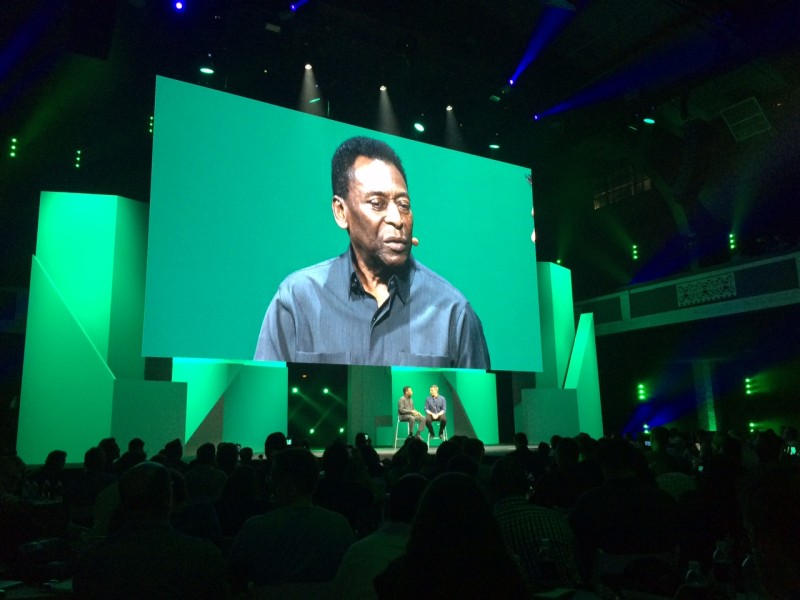 Above: EA will continue to have its press event at E3, but it won’t have a booth.

GamesBeat: If you step back and look at the broader outlook for trade shows, do you notice anything that’s happening? The number of fan events is increasing. We see a lot more livestreaming. I think that affects everybody in trade shows.

Taylor: You’d have to ask individual trade shows about what’s going on with each one. Live streaming for us is just a way to expand our audience reach. It’s an incredibly useful tool. It doesn’t mean people aren’t attending. It just means that you can reach people halfway around the globe who aren’t present under the roof of the LACC. It’s a great opportunity.

The ability for live streamers and YouTube personalities to put in their piece — and social media in general — exponentially increases the impact of E3. If you look at our media presence, it outpaces the number of people on the planet in terms of media impressions. People are seeing news about E3 time and time again. That’s a good story to tell.

GamesBeat: Do you think the billions of impressions always need some kind of epicenter?

Taylor: Yeah. It can’t just be anything. It has to be a well-organized, well-run event. It has to be at the right time. It has to have infrastructure that allows people to deliver messages and exhibit things the way they want to and have some organization so people don’t step on each other’s messages. All the things that are part of our role. But what it also needs to have is incredible news to share and games to share and technology to share. All those things come together at E3.

Every spring we have these conversations about whether E3 is still relevant. I’ve had these conversations ever since I came on board. The usual result is a better show than the year before. I look forward to this same conversation next March or so, where we look at 2017 and talk about what a great show 2016 was. 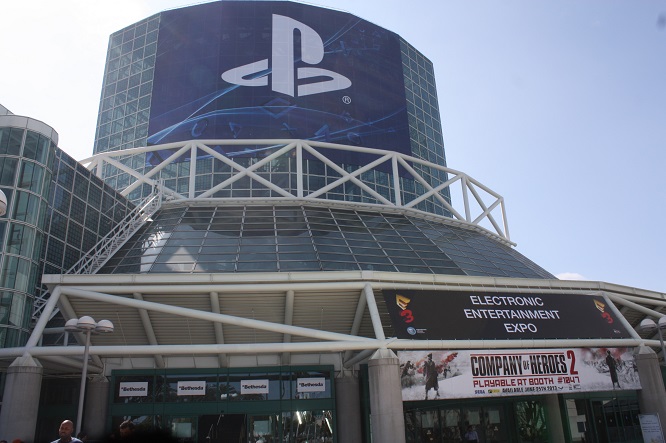 GamesBeat: We did have some very interesting conversations back around the time of 2008. What about this now takes you back to those years, where E3 went through an upheaval?

Taylor: These are apples and very small oranges. There was a direction that E3 selected for a couple of years. We evaluated it and decided that it wasn’t the right direction for the industry or for the show. We made the proper course correction keep it vibrant and keep it what it is. That’s why we’re in such a great place today, because we’re capable of doing that. We’ll do that over and over again and improve the show every year.

GamesBeat: If people are worried that more companies will drop out, do you have any reassurance to offer them as far as the number of exhibitors you’ll have?

Taylor: You can throw out hypotheticals. I don’t really want to get into that. I just have absolute confidence in the next show. I’m excited as always, as someone who went to E3 before I ever had this job. E3 is still a unique place. I can’t wait to see what’s under the roof this year.