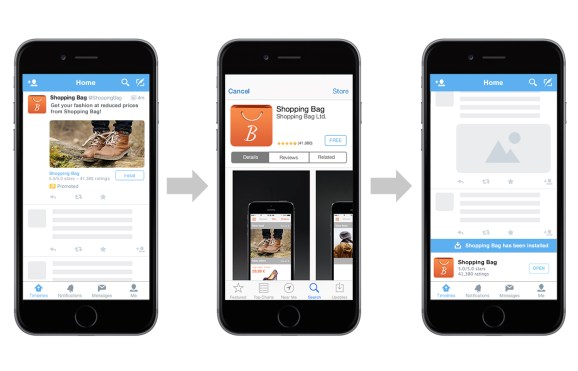 Comprendi wants to target your specifically with only Twitter ads that you'll respond to.

Getting people to install your free-to-play game is expensive, but another new tool is hitting the market to help drive down those costs.

Comprendi, a tech firm that specializes in social media marketing, is launching an open beta program for acquiring players using “hyper-targeted” ads on sites like Twitter. The company uses a variety of algorithms and language-comprehension tricks to find audiences that will respond to a certain kind of app. This can reduce acquisition costs because game developers can specify their marketing outreach on a smaller group of people that are more valuable in terms of in-app spending and other engagement metrics. That’s opposed to blasting out a less-targeted ad that is going to bounce off of most people. With player-acquisition costs hitting an average of $4.23 per user, an all-time high, in December, developers are looking for any advantage they can get to save some cash while still competing for an audience in the $34.8 billion mobile gaming market.

Comprendi has already had this service up and running in a closed beta with clients like the social casino publisher Zynga, Kim Kardashian: Hollywood publisher Glu, and Star War: Uprising maker Kabam. The marketing firm claims it was able to increase the participants’ seven-day return-on-investment (7 ROI) by 30-to-50 percent compared to their previous 7 ROI. Comprendi also claimed it dropped the cost to acquire a player for Zynga, Glu, and Kabam in addition to companies from other industries.

In a canned statement, Comprendi cofounder and chief executive Itai Ben-Zaken said this is a “completely new and effective way” for marketers to use social media. He says his company is unique in this space in reducing the cost to get new installs while simultaneously increasing a company’s ROI at a large scale.

Correction: This article originally stated that Comprendi lowered player acquisition costs from $3 to $1 for Zynga, Glu, and Kabam. Those numbers refer to unspecified “retail industry” clients and not those game developers. We apologize for the confusion.