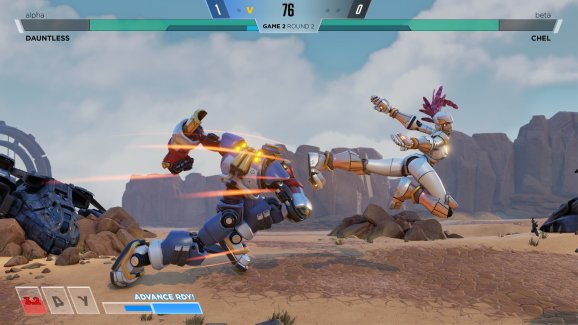 League of Legends is getting a few siblings.

Developer Riot Games announced today that it has acquired developer Radiant Entertainment. The League of Legends company now owns the studio responsible for the castle-building PC game Stonehearth and fighting game Rising Thunder. Riot and Radiant are promising to continue development on the unfinished Stonehearth, but Rising Thunder’s alpha test is closing down. The team that worked on that simplified fighting game is going to move to a new, unannounced game, according to this blog post on Radiant’s site.

“We are delighted to announce that Radiant Entertainment has been acquired by Riot Games,” reads the post. “At Riot, our developers will continue their mission of building incredible games that speak to us personally as players.”

This brings an influx of talent into Riot, which already has one of the most played and highest-grossing video games in the world in League of Legends. That free-to-play multiplayer online arena battler (a type of team-based strategy game) generates nearly $1 billion a year from selling characters and cosmetic items to its enormous, dedicated audience. It’s also created a thriving esports scene.

Acquiring Radiant has doubled the number of active games under the Riot label and a third game is already in the works.

But that third game is not Rising Thunder. Its designers were trying to change the way fighting games work by enabling players to do complicated moves by pressing a single button. This would make it so anyone could execute the basic strategies so they could move onto more complicated and rewarding parts of playing a fighting game.

We’ve reached out to Radiant and Riot to ask why they canned Rising Thunder and for more information about the new game.

Updated at 12:35 p.m. with confirmation that Rising Thunder is canceled.