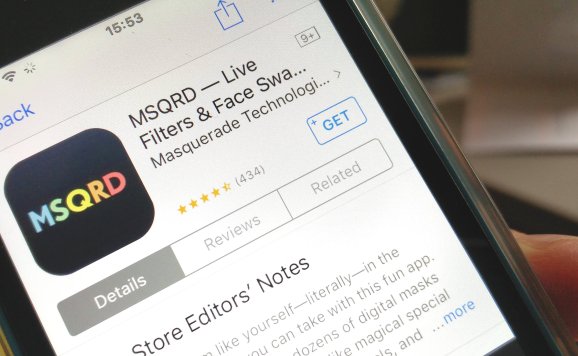 Facebook has acquired Masquerade, a selfie app that lets you do face-swaps and record silly video animations of yourself and share them across social media. 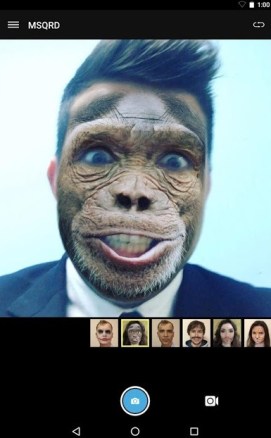 Available for Android and iOS, Masquerade is the latest selfie filter app to be snapped up by a bigger social network — back in September Snapchat bought Looksery to power its new Lenses feature. With this latest deal, it’s clearer than ever that quirky mobile photo and video apps that gain traction are ripe for acquisitions.

In Masquerade’s case, the app will actually remain as a standalone offering, though as you’d expect its funky filters will also be making their way towards Facebook’s billion-plus hordes of users.

“Video communication is exploding,” explained Masquerade cofounder Eugene Nevgen in a blog post. “At Masquerade, we’ve worked hard to make video more fun and engaging by creating filters that enhance and alter your appearance. Now, we’re excited to join forces with Facebook and bring the technology to even more people. Within Facebook, we’re going to be able to reach people at a scale like never before. For starters, we’ll be able to bring our technology to Facebook’s audience of nearly 1.6 billion people. This is a scale of audience we never imagined was possible.”

On the surface this may seem like an odd acquisition for Facebook, but it’s entirely in line with its direction in recent times. Indeed, the social networking behemoth recently rolled out Facebook Live, a Periscope-style tool that lets you broadcast yourself to the world in real time. During the Android launch a few weeks back, Mark Zuckerberg said:

Live is going to be an awesome thing for public figures. … Imagine your favorite public figure or politician having the power to broadcast from their pocket, go live, have an audience of thousands of people.

There’s a lot more that needs to be done to give people the ability to connect with the people and figures they’re interested in. I think you’re going to see a lot of that on Instagram and Facebook.

Facebook has pushing its broader video aspirations in recent years, encouraging its users to upload directly to Facebook rather than sharing links to YouTube. With Masquerade on board, Facebook is buying more than a bunch of funky filters — it’s buying a sophisticated technology platform that can be used in businesses too. This isn’t just about superimposing a funny ape face onto your head. Masquerade has previously stated that:

So funky filters and face-swaps is only a small part of what Facebook is buying here today — indeed, Facebook could’ve built a bunch of funky filters itself. With Masquerade, it’s buying a team that’s proven itself and has the smarts to help Facebook build out its live video ambitions, too.