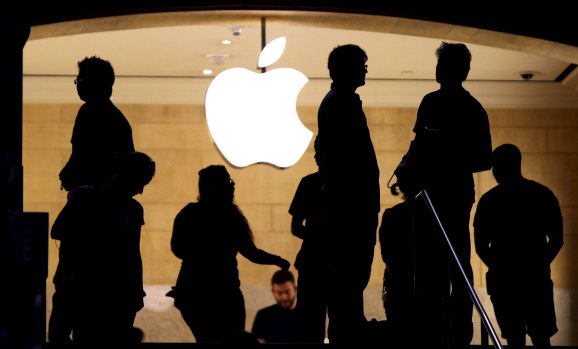 Customers stand beneath an Apple logo at the Apple store in Grand Central station in New York City, July 21, 2015.

Today Apple sent out press invites for a March 21 event at the company’s Cupertino headquarters in California.

Apple didn’t share its plans for the event (it won’t), but the company offered a vague tagline: “Let us loop you in,” the invite reads.

Apple is rumored to unveil a 4-inch iPhone 5se at the event — a spiritual successor to the iPhone 5c. The company is also said to have a 9.7-inch iPad Pro in the works, a smaller counterpart to Apple’s existing 12.9-inch iPad Pro.

Other rumors for the March 21 event include new MacBooks and Apple Watch tweaks. We’ll find out for sure on the 21st; the event kicks off at 11 a.m. PT at 1 Infinite Loop.