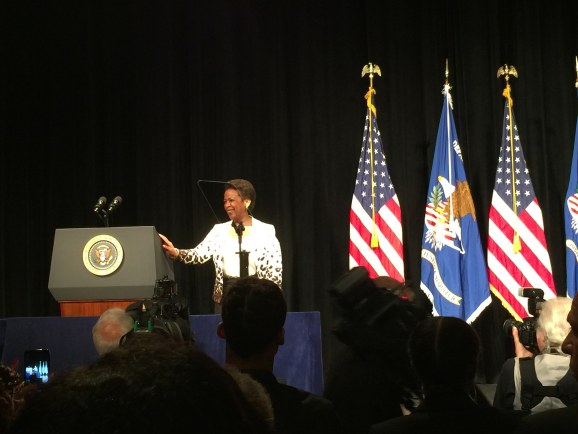 The lawyers dismantled Apple’s legal case, including its defenses based on the First and Fifth Amendments, and they went so far as to say Apple is using alarmism to gain public support.

“Apple and its amici try to alarm this Court with issues of network security, encryption, back doors, and privacy, invoking larger debates before Congress and in the news media. That is a diversion,” they wrote. “Apple desperately wants — desperately needs — this case not to be ‘about one isolated iPhone.’ But there is probable cause to believe there is evidence of a terrorist attack on that phone, and our legal system gives this Court the authority to see that it can be searched pursuant to a lawful warrant.”

The response comes after Apple has received legal backing from many technology companies, including Google, and nonprofit organizations, including the American Civil Liberties Union. Yesterday the Wall Street Journal reported that 47 percent of Americans who responded to a poll it did with NBC said they thought Apple should not unlock the iPhone, while 42 percent said the company should do that.

Today’s filing is impressive in its ruthlessness against Apple. But it’s also interesting because it comes with a passage about why the government is demanding that Apple unlock Farook’s work phone, rather than hand over iOS source code or Apple’s cryptographic keys:

[T]he FBI cannot itself modify the software on Farook’s iPhone without access to the source code and Apple’s private electronic signature. The government did not seek to compel Apple to turn those over because it believed such a request would be less palatable to Apple. If Apple would prefer that course, however, that may provide an alternative that requires less labor by Apple programmers.

Later on in the filing the lawyers answer the question they raise:

Even if the Court ordered Apple to provide the government with Apple’s cryptographic keys and source code, Apple itself has implied that the government could not disable the requisite features because it “would have insufficient knowledge of Apple’s software and design protocols to be effective.”

The discussion of this point is notable because FBI director James Comey was specifically asked in a congressional hearing last week about whether the government had even tried to get the source code outright.

For a full rundown of the Apple-FBI case, check out our timeline.