Hardcore game companies are obsessed with creating real-time strategy (RTS) games on mobile devices, as the genre is a huge one on the PC. But the hits have been few and far between. But Unnyhog is attempting to tackle the challenge with its new hardcore game, UnnyWorld, a mobile RTS with pretty graphics and cute characters.

Unnyhog hopes to create a real-time, massively multiplayer online game on mobile, which is a $34 billion global market. The Google Play game has plenty of player-versus-player action as well as player-versus-environment play, and it will combine players on both mobile devices and PCs in the same game universe.

After about two years of development, the game has soft-launched in Malaysia, and it is currently in a closed beta test. The fantasy game tries to marry the best of League of Legends and Clash of Clans in a single game, said chief executive Pavel Ignatov in an email to GamesBeat. Each player gets a tiny planet and a character, and they must evolve the planet and character by building things and fighting with other players in real-time arenas. To fight, players use gestures for tapping or swiping on a touchscreen. To cast spells, you tap, swipe, and draw different symbols on the screen.

In an upcoming update, the team will introduce dungeons, where players can team up and visit neutral planets with powerful monsters and bosses. 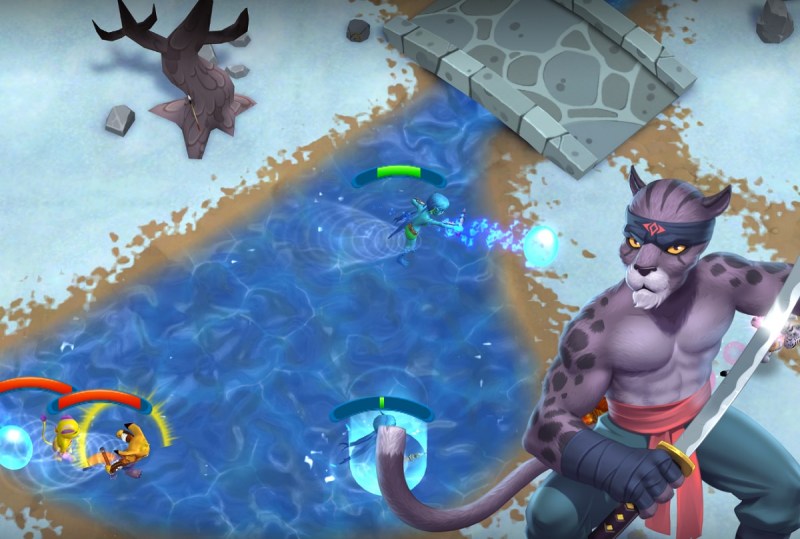 “We invested in Unnyhog because Pavel and the team seemed like great founders and minute one we became addicted to the game. Can’t wait for the launch,” said Kan, in an email.

Unnyhog has 10 people. The game started brewing as far back as 2010. In Moscow, Ignatov teamed up with cofounders Andrei Apanasik, chief technology officer, and Margarita Belorukova, chief operating officer. Ignatov and Apanasik met while playing World of Warcraft together. Ignatov started Unnyhog while a student at the Moscow Engineering Physics Institute. He was making games on his own at home. Ignatove and Apanasik built several games together, and Ignatov also brought aboard Belorukova. The early games — iCube, Watee, and Dodge & Roll — generated around 5.4 million downloads. 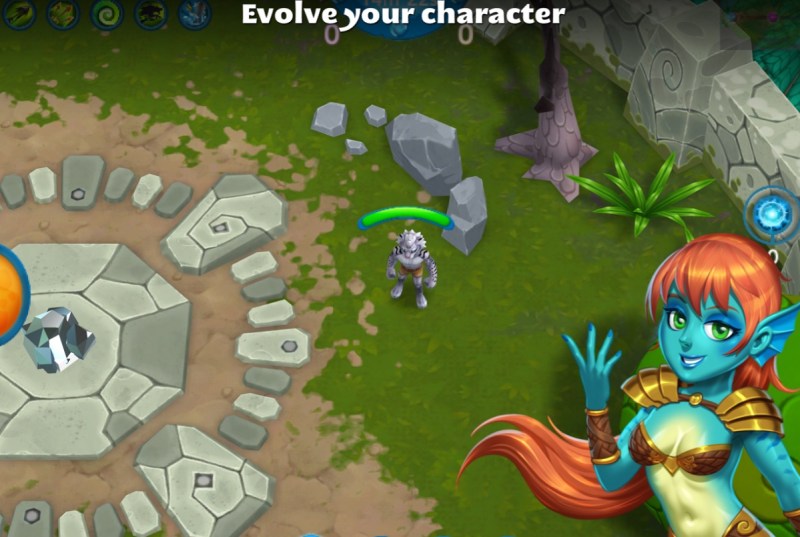 UnnyWorld itself got started in December, 2014, when the trio participated in a hackathon, Apps4All.

“All of us are passionate about games, especially fast-paced ones,” Ignatov said.

It was formally incorporated when it received backing from a Flat6Labs, an investor in the United Arab Emirates last year. Unnyhog went through Flat6Labs incubator in 2015 in Abu Dhabi.

“Our game was initially designed to become cross-platform, and we are offering mobile users intuitive and convenient way to control your character through gestures,” said Ignatov. “Our setting with planets also allows users to play outside of arenas and interact with each other in many different ways.”

He added, “We have done huge work on both front and back-end to bring planets, arenas and user experience synchronization to life. Speaking about gestures, we have a recognition system which defines the symbols you draw on the screen and creates spells depending on the gesture. We tried many types of gestures, but at the end we took only simple ones, because we didn’t want gestures to affect the game’s dynamic.”