It’s been more than 15 months since Wire entered the competitive messaging app fray with the promise to build a Skype for the modern age — a promise given real credence by the backing of Skype cofounder Janus Friis.

Available for Android, iOS, and desktop, Wire is making good on that promise today by introducing video calls to the messaging mix. “It has consistently been our most requested feature,” explained Friis, who serves as executive chairman of Wire. In addition, Wire is also rolling out end-to-end encryption for messaging, a feature that has been available on voice calls since the app’s launch back in 2014.

“We are introducing privacy features that will keep our personal, private conversations on Wire out of the growing online data economy, where private user data is being harvested to build profiles and target us with advertising,” added Friis.

Though Wire is battling against incumbents such as Facebook’s Messenger and WhatsApp services, which claim almost two billion monthly active users (MAUs) between them, the Swiss startup has always pitched itself on the experience — “simple, beautiful conversations” is what Wire wants to be known for, as well as high-fidelity calls.

Besides Friis, whose involvement stems from Iconical‘s investment in the startup, Wire claims a number of notable heads, including “product and technology leaders” from Apple, Nokia, Microsoft, and other companies you’ve probably heard of. Indeed, cofounder and CEO Jonathan Christensen worked at Skype from 2006 to 2012 after it bought Camino Networks, a company he founded. Elsewhere, Wire’s product design chief Priidu Zilmer once headed up design teams at Vdio and Skype, while Wire cofounder and CTO Alan Duric helped Christensen build Camino Networks as well as Telio.

Video calls have been a long time coming for an app that claimed it was gunning for the big dogs of the messaging world from its inception. Indeed, Skype has offered video calls on mobile for a while already, and recently expanded this offering to include group video calls. Facebook Messenger has offered free video calls for almost a year, and its slightly more popular WhatsApp counterpart is expected to introduce this shortly too. 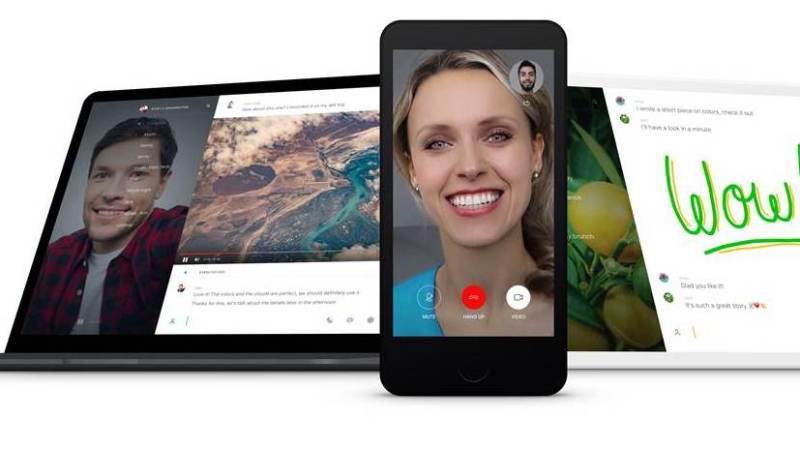 As for full encryption, Wire said that this is in response to the “growing sentiment that our private communications should be private, not used or sold for targeted advertising.” It’s also perhaps in part due to the high-profile tête-à-tête between Apple and the FBI. But whatever — full end-to-end encryption is already offered by WhatsApp and Telegram, so this really was the minimum Wire could offer.

“Our goal with this update was to achieve privacy without complexity,” said Duric. “We used state-of-the-art, open source encryption that is always on, for all conversations. We believe Wire is unique in the industry with always-on encryption for all conversation content, in groups or one-on-one, with simultaneous support for multiple devices.”

While Wire wouldn’t give specific numbers regarding its active users, a spokesperson told VentureBeat that it has “built up a loyal and very engaged audience,” and it has notched up around 150,000 to 250,000 sign-ups each month. Based on Google Play data, we know that the Android app alone has been downloaded between 500,000 and one million times, so when you factor in iOS and desktop users, Wire’s suggestion that it has garnered a few million registrations since launch seems about right.

With messaging apps more or less converging to offer the same features — voice, text, stickers, emojis, video, and encryption — one of the key differentiators that remains is design and experience. That’s all well and good, but luring consumers over from long-established services is a tough ask: You may love Wire, but if your friends aren’t using it, you’ll probably stick with WhatsApp or Messenger.