In two months, at its I/O 2016 developer conference, Google will talk more about Android N. We don’t yet know what version number it will have (likely either Android 6.1 or Android 7.0) or what the N will stand for.

The current codename is New York Cheesecake (NYC). At the time of publishing, there are at least eight mentions of the nyc-dev branch in the Android Open Source Project (AOSP).

Google started naming its Android versions after desserts and sweets more than six years ago. Here are all the releases so far:

Much as Key Lime Pie (KLP) was the placeholder for KitKat, Lemon Meringue Pie (LMP) was the name before Lollipop, and Macadamia Nut Cookie (MNC) was floated before Marshmallow, we can expect that New York Cheesecake will not be the final name for Android N. It’s also unlikely to be Android Nutella, even though we’d love that, and Hiroshi Lockheimer, Google’s SVP for Android, loosely hinted at it by saying “What will the N-release be named? We’re nut tellin’ you yet.”

Google loves to play games when it comes to Android names. Hey, we’d even accept Android Nut or Android Nuts, just because it would be hilarious.

Here are a few other options, as noted by Android Police: 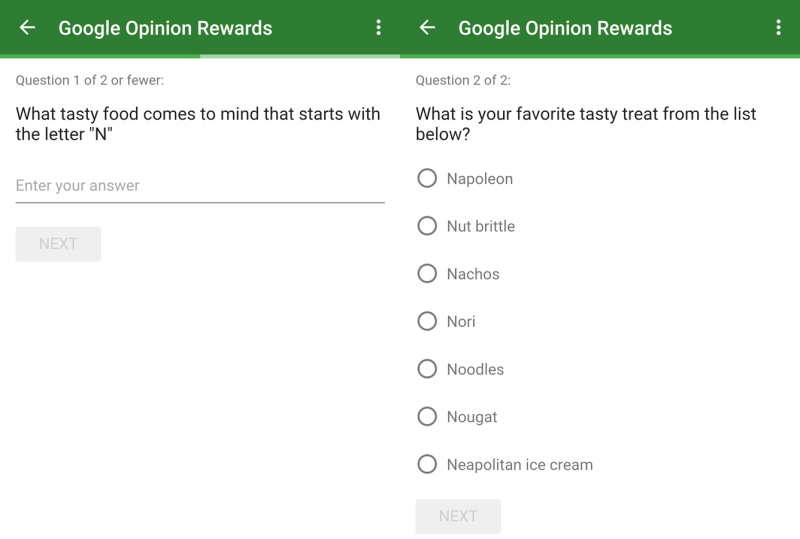 That’s right, someone is running a Google Opinion Rewards survey for “What tasty food comes to mind that starts with the letter ‘N’? ” and “What is your favorite tasty treat from the list below?” Of course, Google may not be behind these questions. That said, back in December 2015, Google CEO Sundar Pichai revealed that the company was considering an online poll for choosing the next Android version’s name.