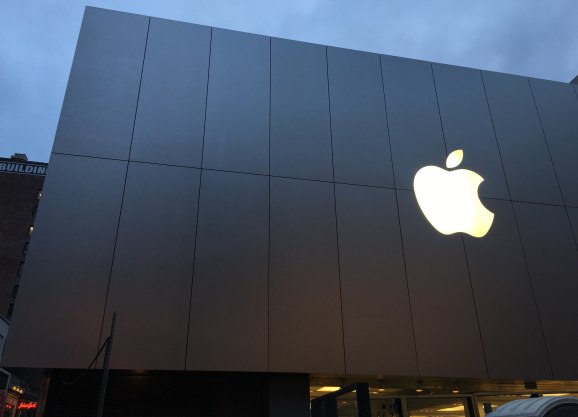 “This case arises in a difficult context after a terrible tragedy. But it is in just such highly-charged and emotional cases that the courts must zealously guard civil liberties and the rule of law and reject government overreaching. This Court should therefore deny the government’s request and vacate the order,” lawyers representing Apple wrote in the filing.

Apple clearly seems to have been rubbed the wrong way by the tone of the DOJ’s filing last week. “The government’s brief assails Apple’s intentions and motivations. We do not intend to respond in kind,” the lawyers wrote.

Sure enough, Apple did come back with attitude today, noting the fathers of the Constitution would be “appalled” by the capability the government is arguing for based on the All Writs Act, which is at the crux of the original government motion to compel Apple to help unlock the phone.

And the Apple lawyers noted that government lawyers aren’t addressing the implications of a ruling in its favor.

“Indeed, it is telling that the government fails even to confront the hypotheticals posed to it (e.g., compelling a pharmaceutical company to manufacture lethal injection drugs), or explain how there is any conceivable daylight between GovtOS today, and LocationTrackingOS and EavesdropOS tomorrow,” they wrote.

And Apple again defended itself by using the argument that it’s “far removed” from the case and therefore shouldn’t be forced into making software that would help the FBI unlock the phone.

“The government discusses Apple’s software licensing and data policies at length, equating Apple to a feudal lord demanding fealty from its customers,” the Apple lawyers wrote. “But the government does not cite any authority, and none exists, suggesting that the design features and software that exist on every iPhone somehow link Apple to the subject phone and the crime.”

The lawyers also spilled some words reacting to the DOJ’s offhand suggestion that it could very well ask for Apple’s source code and encryption key.

“The catastrophic security implications of that threat only highlight the government’s fundamental misunderstanding or reckless disregard of the technology at issue and the security risks implicated by its suggestion,” the lawyers wrote.

Speaking on background, a lawyer representing Apple told reporters in a press briefing today that the company will continue to make its phones safer to better protect people’s information.

For an overview of the Apple-FBI encryption case, check out our timeline.