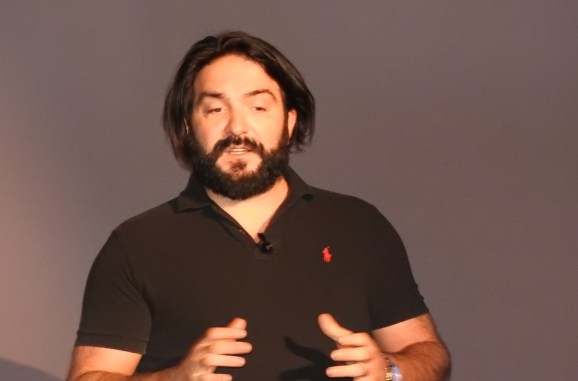 The Frankfurt, Germany-based company made the announcement at an event at the Game Developers Conference in San Francisco today. VR is expected to become a $30 billion industry by 2020, according to tech adviser Digi-Capital. CEO Cevat Yerli said that the announcement was one of the Crytek’s biggest efforts of the last few years.

The engine is uses a “pay what you want” basis for its business model, Vitz said.

“You contribute what you can,” Vitz said.

Crytek licensed its CryEngine to Amazon, which used the technology to build its own freely available game engine, Lumberyard. Crytek reportedly received $50 million from Amazon, and it has used that money to finance more improvements and games.

Crytek acknowledged that other game engines have done a better job of making game development more accessible and intuitive. So Crytek has put an emphasis on accessible, intuitive tools with great user interfaces, the company said.

Many projects bog down because of the sheer amount of art and other assets required. Unity has addressed this with the Unity Asset Store. And now Crytek has created its own rival store, the Crytek Marketplace, where developers can post and sell assets for games.

The company is also investing heavily in tools for content creation for VR.

“Game engines that allow for lifelike rendering in real time will be at the forefront of this revolution,” said Frank Vitz, the creative director at Crytek. “Our first VR lab opened in Istanbul in January. We have seven more going in North America.”

Crytek has supporting partners like Razer, AMD, and Leap Motion.

“We want to experience a simulated world that feels real,” Vitz said. “That’s the expectation of VR.”

Crytek is making a VR game, The Climb, in which you scale a mountain. It has stunningly realistic mountain landscapes.

Code Name: Sky Harbor is a new demo that shows off how well a hardware system can run VR, and it attaches its own benchmark score for the hardware.

“We are moving CryEngine to an entirely new ecosystem and business model,” Vitz said.