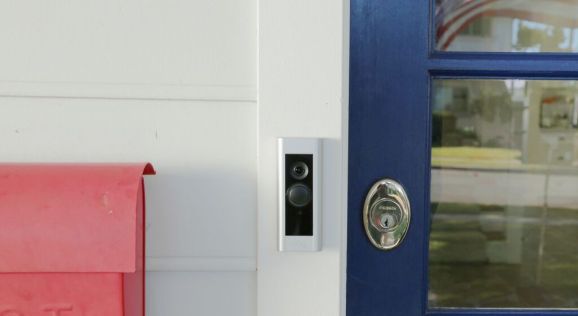 VentureBeat first discovered Ring back in 2013 when the startup was known as Doorbot — which was basically a doorbell equipped with a Wi-Fi-connected camera. In the intervening months, the Santa Monica-headquartered company has rebranded and developed new technology and products such as Ring Chime, motion-detection smarts, and a cloud-based video storage hub.

Today’s funding, which comes a little more than 6 months after Branson led a $28 million round into Ring, is accompanied by the launch of a brand new product — Video Doorbell Pro, pitched as a “premium, compact Wi-Fi video doorbell.”

At $250, the company’s latest security device comes in at $50 more expensive than its existing video doorbell, but it promises a smaller form factor, a sleeker design, and “highly configurable motion-detection zones,” the company said.

But the basic premise remains the same: When someone rings your doorbell and you’re not at home (or simply can’t be bothered answering the door), Ring calls your phone so you can see who’s at the door and talk directly to them. While it is partly designed to deter would-be thieves from “checking” if anyone’s home, it’s also useful for conversing with genuine visitors. With Ring, there’s always somebody at home.

The Internet of rings

With an extra $60 million in the kitty, Ring tells VentureBeat that it plans to expand its range of video doorbells and grow its international footprint. But with almost $100 million in funding since the company’s inception back in 2011, perhaps the bigger story here is that the much-hyped Internet of things (IoT) is directing venture capital’s investment compass and entrepreneurial creativity simultaneously.

Indeed, at CES this year Samsung unveiled a myriad of products, from smart fridges to giant video walls, while Microsoft is making a big IoT play with Windows 10 and Azure. Volvo also recently announced its plans to launch the first truly keyless cars, while Nokia unveiled a mammoth new IoT fund. Elsewhere, Microsoft, Intel, Samsung, and other tech giants launched an IoT standards group, and Google-owned Nest is going all-in on the smart home of the future.

While many IoT contraptions are gimmicky, a video doorbell that lets you “always be at home” is at the more useful end of the spectrum, which explains why the company has notched as much VC interest as it has. “Ring reimagined the doorbell so consumers could respond — using a smartphone — to someone at their front door from anyplace, anytime,” said Mary Meeker, a general partner at KPCB. “Jamie (Siminoff, Ring’s founder and CEO) and his team continue to improve the bell while rolling out new products that allow consumers to easily and cost-effectively monitor — and engage with — all areas around their homes. We believe Ring’s new approach to home security is mainstream and powerful.”