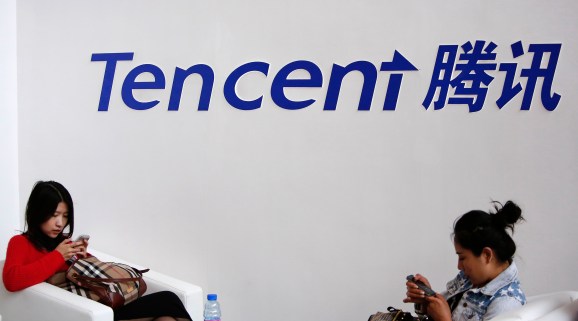 Visitors use their smartphones underneath the logo of Tencent at the Global Mobile Internet Conference in Beijing on May 6, 2014.

China’s Tencent Holdings said today that it saw a big surge in revenue for the fourth quarter but missed profit estimates as its investment in video and other content ate into the bottom line.

Most notably, however, Tencent’s chief executive Ma Huateng told reporters that the company has no plans to spin-off WeChat, its mobile messaging app that has become a platform for a wide range of services, according to Reuters. Tencent said that WeChat had 697 million monthly active users at the end of December 2015, up 39 percent from the same period a year ago.

That statement came amid an earnings report that demonstrated both the momentum Tencent has and the challenges it faces.

The firm reported that fourth quarter revenue rose 45 percent to $4.7 billion from the same period a year ago. That handily beat analyst estimates of $4.3 billion.

Profits increased 22 percent to $1.1 billion for the quarter. But that was below the $1.15 billion analysts had predicted.

The problem, according to Bloomberg, is that the company’s costs for video and other types of content are soaring as it tries to find new ways to attract and keep users. Costs rose 52 percent in the fourth quarter, a faster pace than the revenue increases.

“We invested aggressively in our digital music, video, and literature services, encouraging the growth of a vibrant content industry,” Huateng said in a press release.

Despite concerns about slowing growth in its games business, the company reported that online game revenue grew 33 percent for the quarter. That was in large part the result of growth in smartphone games, Tencent said, and more revenue from PC games.