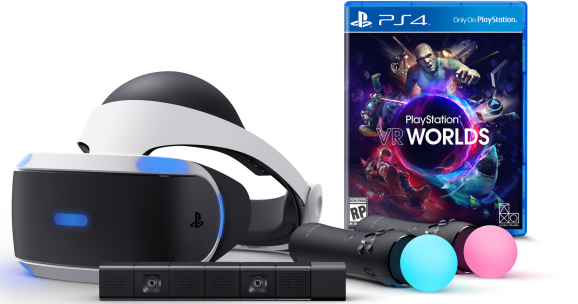 Three days after announcing its $400 PlayStation VR headset launches in October, Sony has now confirmed that a special bundle goes on sale in North America on March 22.

Interestingly, Sony hasn’t yet revealed when the $400 core bundle, which includes the VR headset, cables, headphones, and VR demo disc, will go on sale. The launch bundle seems more geared toward non-PlayStation owners who haven’t already invested in the peripheral hardware, while the core bundle will perhaps appeal to those already invested in the PlayStation ecosystem. Moreover, it perhaps won’t be too surprising if Sony eventually unveils some sort of mega bundle at a later date that includes a PlayStation console too.

Presales for the PlayStation VR launch bundle kick off at 7 a.m. Pacific on March 22 at “participating retailers.” It will also include Canada, where it costs for $700 (in Canadian dollars).