Do you sometimes feel there are more gadgets than you can actually use – and that the technology you own has failed to follow through on its life-changing promises?

Despite a seemingly endless stream of tech disruption over the past decade, we’ve finally reached a moment when the next big thing might be a long way away.

Why? Because consumers seem to be overloaded with gadgets and aren’t finding the value in the devices they already have. 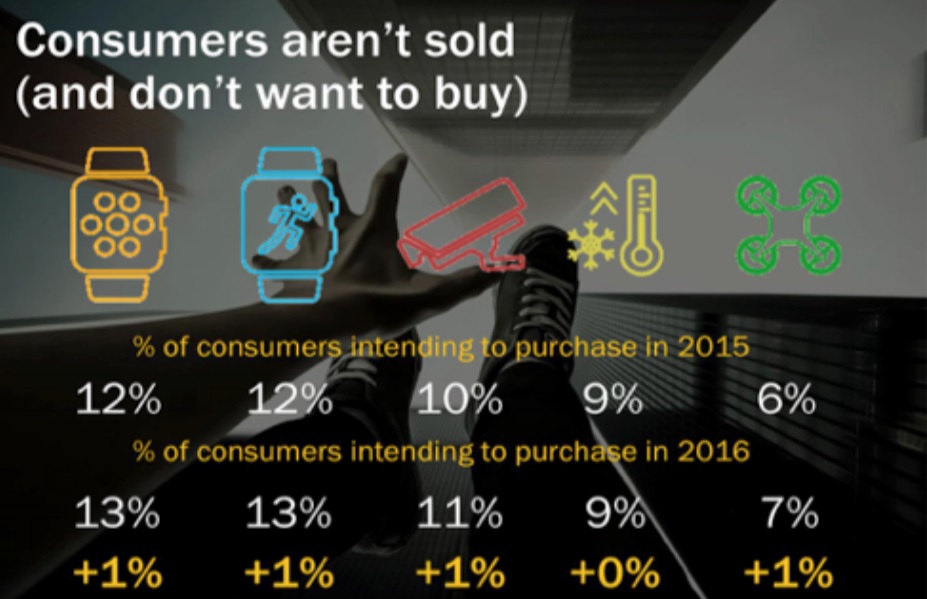 Experts are confirming this, acknowledging that there’s unlikely to be a big spike of technology disruption coming anytime soon.

Meanwhile, John Curran, Managing Director of Research at Accenture believes “we’re starting to see companies shift from what’s the largest screen size or shiniest object to what devices do that’s practical in a consumer’s life.”

Rather than yet another groundbreaking gadget, the next great disruptor is more likely to be – or rather needs to be – the comprehensive integration of the tech we already have, probably focused around the smartphone, our pocket-sized lifestyle hub of choice.

That’s because we seem to have reached a point where there are too many gadgets with little integration between them. As a result, consumers are finding that they are cluttering and complicating their lives rather than adding any practical value – essentially creating a kind of technological traffic jam.

And that’s what consumers are feeling: Tech brands are delivering the hype rather than actual solutions that make their lives easier and more powerful.

Consumers want technology to understand their needs, wants, and moods; to help them manage their own world; to help them navigate their way through the wider world.

So what can tech brands do? The answer is, provide consumers with context.

Consumers have access to more data than ever, which they store on and access through their numerous funky devices, but now they need to understand what it all really means – what are they actually gaining from it?

In terms of technology trends, context is the new black.

Approached in the right way, it can turn our chaotic riot of devices into a synchronised symphony.

Data is the common currency of context. But without a way of connecting, compiling, and comparing data across platforms, that currency becomes worthless, according to former Misfit data scientist Rachel Kalmar, who holds the world record for simultaneous wearable tech usage – she has worn up to 38 devices every day for three years.

“Are Jawbone Up steps the same as Fitbit steps?” she asks. When multiple devices provide disconnected and unstandardized signals, the result is noise and confusion. So it’s important for technology companies to work to blend contexts together to answer what individual consumers need at a particular moment. For example, defining a common sense of ‘time’ to control the devices that surround us in harmony to get us through a busy morning (see timeline below). 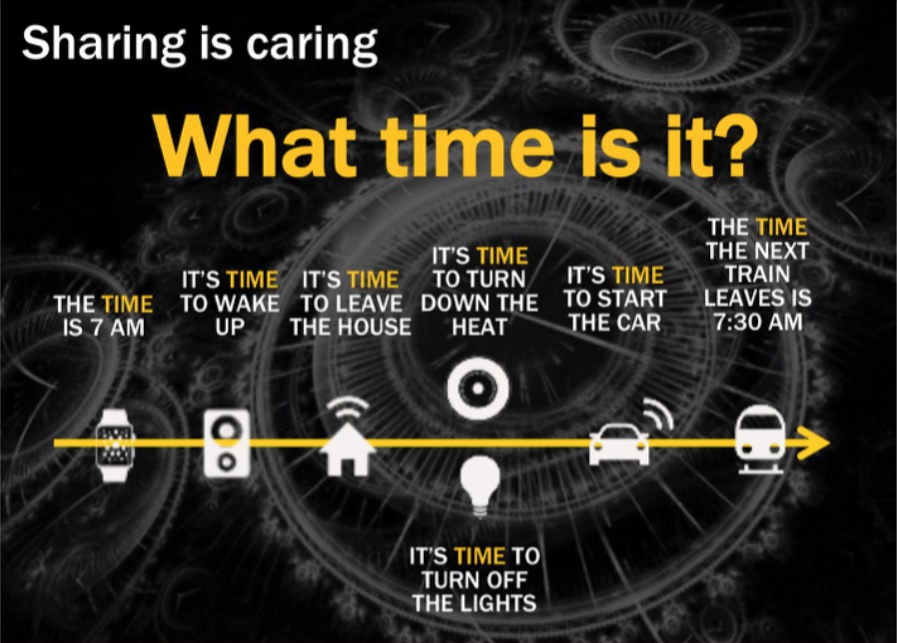 To achieve this there needs to be a fundamental change in approach – a shift from simply spitting out new devices to actually putting the consumer’s needs first through introducing common languages, open standards, shared APIs, universal connections, modular designs, expandable platforms, and more.

There are breaks in the storm, however.

Essentially, we’re entering a post-connectivity world. Everyone under 25 expects everything to be connected and for it be placed into context. They are not interested in the gadget but in what it can do for them.

The issue for technology brands is not about wowing us with more innovations but in gaining more insight from consumers in order to keep ahead of the competition. To make the most of the benefits smartphones and other mobile devices bring, permanently connected to all the information in the world, people have changed how they behave. And businesses need to catch up.

What brands need to realize is that gaining the necessary insight to develop and maintain valuable context requires the creation of virtuous continuous feedback loops with consumers.

AI holds the key here. The technology is coming on in leaps and bounds, and its ability to sense what we’re doing will only get better at contextualizing new innovations.

But the key is that it’s location aware. So it knows where it is in relation to a home’s router and WiFi devices and displays a software menu based on what it’s pointing at. This means you don’t have to tell it what you want to switch on, switch off, turn up, or turn down, because it can sense this, beautifully simplifying controlling the stuff in your home.

By improving the consumer experience in this way so we can really feel the benefit of the gadgets in our lives, brands will rekindle our hunger for innovation. The technology road block will then be lifted, letting innovation flow once again.