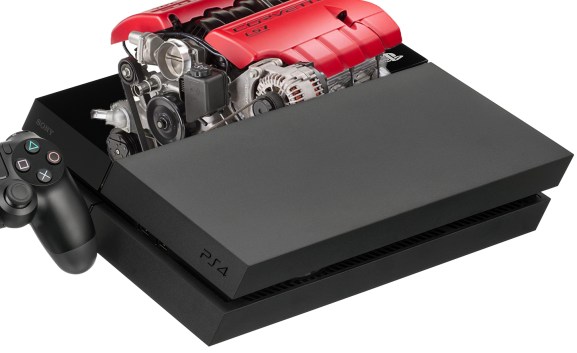 The revamped PS4 Neo should show what's under its hood next month.

Your Xbox One is obsolete. Your PlayStation 4 is junk. But if these consoles are starting to feel old, Microsoft and Sony may step in to sell you the same thing all over again with something extra sprinkled on top.

Analysts think it’s possible that Sony and Microsoft could start applying Nintendo’s iterative strategy for handhelds to home consoles to release a new PS4 (which many are dubbing PS4.5 and PS4K) or an updated Xbox One. Coming out of the Game Developers Conference in San Francisco this week, Kotaku reported a rumor that Sony is showing developers a revamped version of its home console. The improved PS4 reportedly has more horsepower and the capability to output 4K visuals. Sony has not confirmed this, but we’ve spoken to a handful of industry insiders who are not surprised by this leak — others mentioned they couldn’t comment due to a nondisclosure agreement. Rumors of a mid-cycle PS4 upgrade was something a few were hearing even before Microsoft gaming boss Phil Spencer spoke about introducing iterative improvements to the Xbox One hardware during a spring showcase for Microsoft games. Now it appears that both major console manufacturers could have new hardware in the near future.

If you’re wondering why this is happening, it may have something to do with the heavy competition between Microsoft and Sony. Both are looking to get or maintain an edge in the $99.3 billion global gaming market, one where the PS4 is the dominant home console.

“For the hardware manufacturers, new systems are a way to alter the lifecycle consoles usually have,” Kantan Games analyst Serkan Toto told GamesBeat. “If you are losing to your competitor, as Microsoft does to PS4 in this generation, you are behind for many years, and there is almost no way to catch up. Updating the hardware means de-risking in this context. It also means, if the rumors are true, that consoles will be updated more like the iPhone.”

At its spring showcase, Microsoft said it is thinking about a future where you’ll get the same Xbox software across a variety of Xbox and Windows platforms. That includes PC and Xbox One, but Spencer implied that could also mean an improved Xbox One.

At the same time, the competition between Sony and Microsoft is driving the price down for their current products. And this is leading to lost revenue. You can see that overall cash spent on consoles in 2015 is far off the heights of 2009 — when Wii was at its most powerful.

February in the United States saw a $118 million year-over-year decrease in spending on new physical games and hardware at retailers, and research firm The NPD Group specifically credits sluggish console sales for dragging down that number.

“The main cause of the decrease was portable hardware, which dropped by 58 percent, or $48 million, due to a difficult comparison to the launch of Nintendo’s new 3DS in February 2015,” said Callahan. “Console hardware sales suffered due to the dramatic drop off of 23 percent as both [current- and last-generation] consoles experienced declines.”

And what’s potentially worrisome — to the point that Sony and Microsoft might go to the drastic lengths of introducing updated consoles — is that casual gamers are happy with their iPads. Unlike the Xbox 360 or PlayStation 2 or Super Nintendo eras, price cuts haven’t led to a lot of price-conscious gamers jumping into the market. Those people already have their platform of choice, and it has a lot of free options.

So while Microsoft and Sony are performing well, they may need to get more creative to boost their revenues. And this where it may follow Nintendo’s lead. We’ve seen the Mario company release new DS or 3DS handheld several years in a row. That culminated in late 2014 with the New 3DS, which — like the rumored PS4.5 and Xbox 1.5 — has improved internals and can run more graphically intensive games. But the New 3DS is primarily a way for Nintendo to sell new hardware to an audience that has already bought one or two 3DS handhelds before. For Nintendo, this maximizes the value of their smaller audience, and now the competition may want to try something similar.

Of course, we don’t know how Sony and Microsoft will market these systems or even if they’re really going to ever come out. But most industry analysts think this concept makes sense.

“With all the streaming, esports, and VR activities in the works — the current hardware setup might not be ideal,” Newzoo analyst and founder Peter Warman told GamesBeat. “An intermediate new version is needed to optimize performance for this new era of games and video convergence.”

That’s true for the Xbox One. That system has had a slow interface from the start, and Microsoft has struggled to get it working in a way that most people find acceptable. But R.W. Baird analyst Colin Sebastian points out that iterative upgrades is something Microsoft and Sony could’ve planned from the start.

“I think one of the advantages of both the PS4 and Xbox One being built largely from high-end PC specs is that they can be upgraded mid-cycle,” he said. “I think it would be challenging to ask developers to make two PS4 versions of their games, so I suspect the difference would largely be performance-related, and potentially new features, such as 4K.”

Others, like SuperData Research analyst and cofounder Joost van Dreunen, think this gives Sony the chance to release a new PS4 specifically designed to handle the upcoming PlayStation VR headset. That device requires a special breakout box to handle extra cords, but a PS4.5 could build that hardware directly into the internals.

At the same time, van Dreunen is skeptical that a PS4.5 is truly real.

“I did not see any statement from Sony, but instead read about a Kotaku writer overhearing a few developers talk,” he said.

“It’s funny how those pesky developers only share this stuff with the rumor mill, but not with people who might actually keep the information confidential,” he said. “I’ve heard nothing, but I think it’s possible that Sony launches a PS4.5 that is optimized for PlayStation VR, but highly doubt that they would make the PS4 obsolete only three years after launch.”

A couple of the people who GamesBeat talked with also think it’s possible Sony leaked this news deliberately. The company has put a lot of work into crafting its messaging to position PlayStation as a consumer-friendly brand. Sony may want to see how fans react to this news to ensure that a real announcement deals with any concerns its players may have.