It’s a new day for the tentacle.

Released in 1993 back in the glory days of PC adventure games (titles that focused on point-and-click-based puzzle-solving), Day of the Tentacle was one of the funniest pieces of digital entertainment. Now, developer Double Fine has created a remastered version (coming out March 22 for PlayStation 4, Vita, and PC) that makes the visuals less blocky and includes a new, more convenient interface.

Day of the Tentacle was one of my favorite games as a kid, but it has been a little while since I played it. This remastered release gave me chance to see if the adventure still holds up.

Day of the Tentacle is a wacky cartoon of a game. You play as three college friends exploring a mansion while attempting to stop a tentacle (yes, a tentacle — he’s pretty much a talking safety cone that has to hop around in order to move) from taking over the world. However, you’re all navigating the mansion in different eras: the present, 200 years in the colonial past, and 200 years in the tentacle-dominated future. 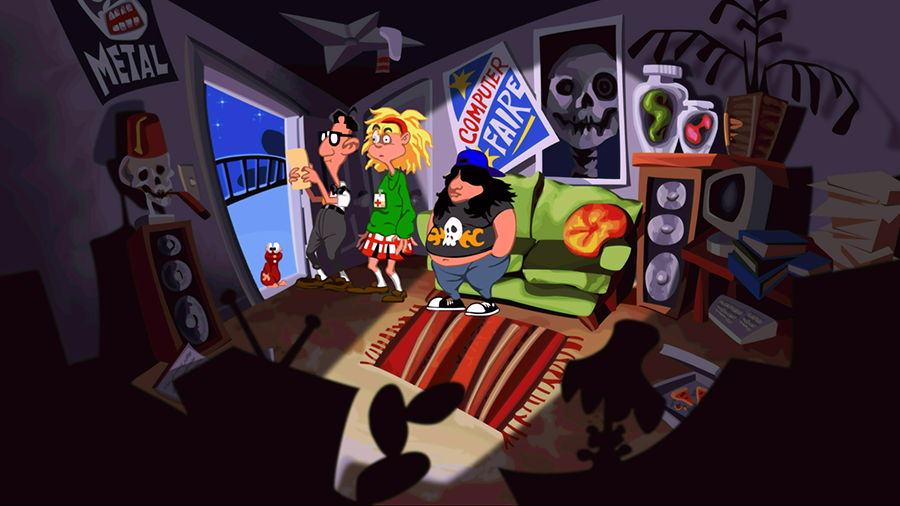 Above: Don’t you hate it when a hamster starts you on a quest to save the world?

The time-traveling gimmick helps set Day of the Tentacle apart from other adventure games. Puzzles have, literally, an extra dimension, since your actions in the past will change objects and scenarios in the future. You can also use your time machines (amusingly made out of Porta Potties) to hand small, inanimate objects off to your friends.

Without giving away too much, the quest involves things including goading George Washington into chopping down a fake cherry tree and entering a mummy in a Westminster-style show for humans. It’s a funny game filled with witty dialogue and clever puzzles.

The remastered version features new art that pretty much looks like how the game appears in your memories. However, you can actually push a button at any time to revert Day of the Tentacle to its original graphics, which will quickly remind you how pixelated the original looked. The new, high-res backgrounds and character models look great while remaining true to the spirit of that original sprite work. 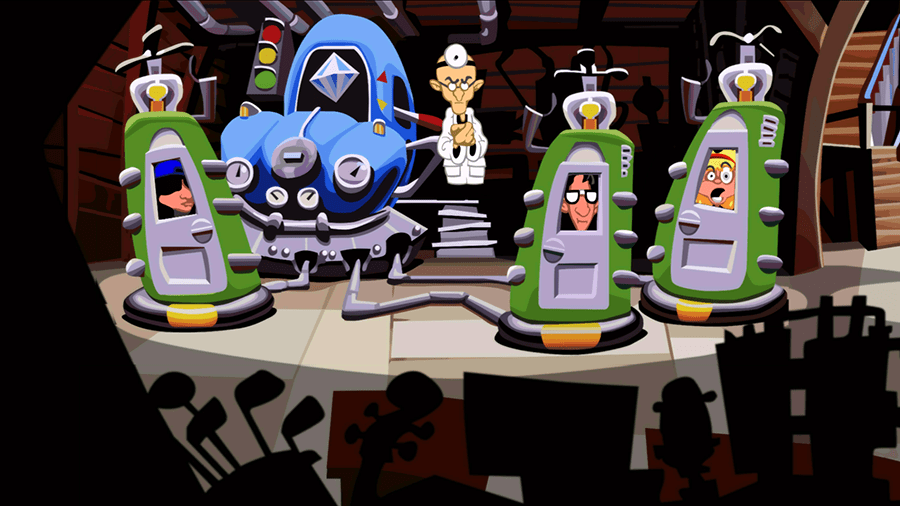 Above: Wait, Day of the Tentacle didn’t always look like this?

Classic Adventure games are famous for the bar of verbs that would sit on the bottom of the screen. Basically, to interact with the wold, you first had to select something like “Talk to” or “Use” from the list. In the new version, you can use a simpler radial menu that lets you pick the relevant options for any object. This also clears up that large space those verbs used to take up, which lets the actual game fill up all of the screen. However, if you are nostalgic for that old interface, you can still turn it on (even with the updated graphics activated).

The remastered version adds a few other niceties, including a button that highlights all of the objects you can interact with. On PlayStation 4, I could also use the right analog stick to snap to points of interest.

Fans will enjoy listening to a commentary track for the game that includes co-directors Tim Schafer and Dave Grossman, as well as members of the art and music teams. It’s some fun insight for anyone interested in game development or mega fans of adventure games who want to learn as much about Day of the Tentacle as possible.

Also, the original Day of the Tentacle included an Easter egg that allowed you to play its predecessor, Maniac Mansion. This wonderful secret still exists inside the remastered version. 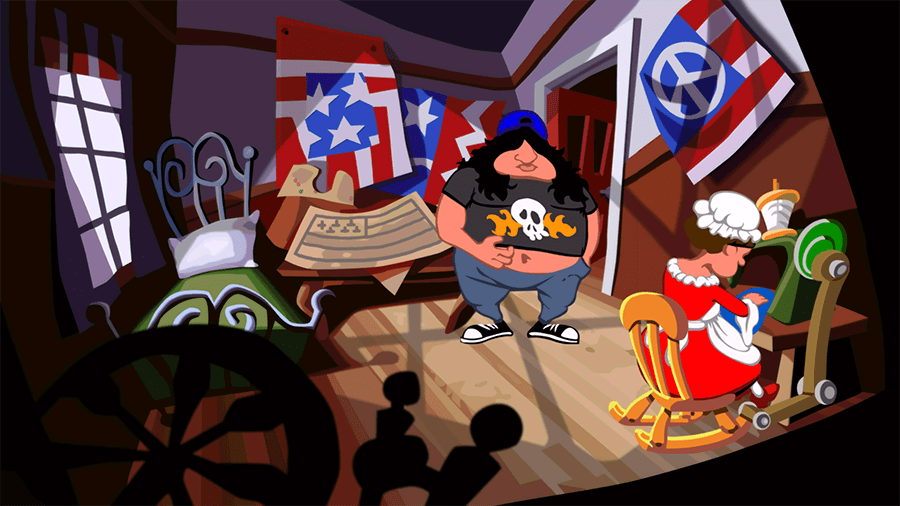 Above: One of the best puzzles involves Betsy Ross and her design for the U.S. flag.

As someone who’s played through this game many times, it’s difficult to actually judge how hard it is. I mean, I learned all of the solutions two decades ago. Still, when I think about it, some of the ways you solve puzzles don’t really make a lot of sense. You’ll likely run into spots where you’ll spend time frantically trying every item in your inventory with every object in the world, desperately hoping to trigger a new scene.

Day of the Tentacle Remastered ran mostly well on the PlayStation 4, but on a few occasions  (mostly in the colonial section), it would take the game an oddly long time to load new rooms. I also once had to wait so long after making some changes in the options menu that I thought the game froze. 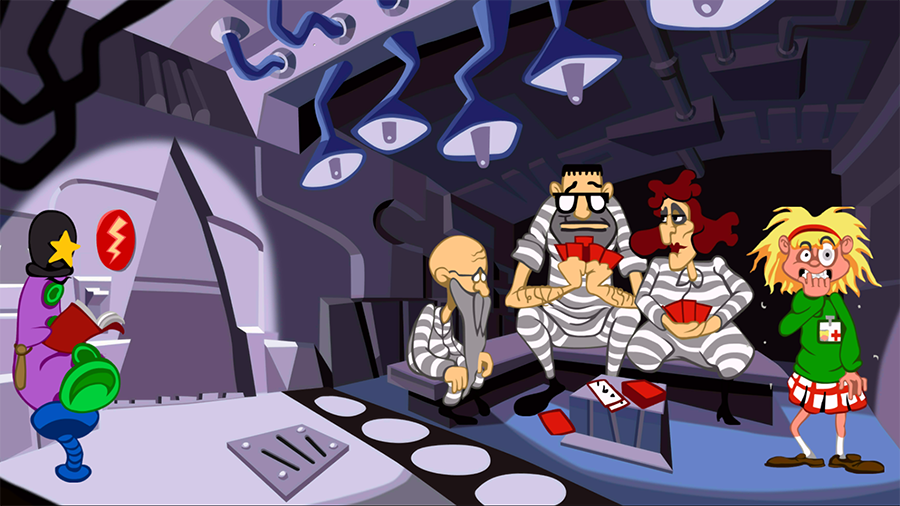 Above: Humans aren’t well off in the tentacle-run future.

Day of the Tentacle is a classic, and this remastered version is a great way for old fans to see the time-hopping adventure looking its best. Hopefully, it’ll also give a new generation of players a chance to experience all of the silliness for themselves.

The few technical terrors I encountered were annoying, but they only momentarily zapped the smile that I wore throughout the rest of my play time.

Day of the Tentacle Remastered is out on March 22 for PlayStation 4, Vita, and PC. The developer provided us with digital versions of the PS4 and Vita releases for this review.