Netflix has announced today that its Recommended TV program will be launching globally this year, as the video-streaming giant also lifts the lid on new criteria for inclusion and announces the first TV manufacturers to gain the coveted Netflix logo for 2016.

First announced last January before launching a few months later, the “Netflix Recommended TV” initiative is touted as an independent evaluation of TVs that make watching Netflix (and, by default, some other streaming services) a better experience.

But Netflix is now introducing new criteria to the mix. For example, some Sony Android TVs and Roku devices support Instant On and TV Resume functionality, features that let them wake up quickly and “remember” where things left off. And some TVs also ship with a Netflix button on the remote control itself. 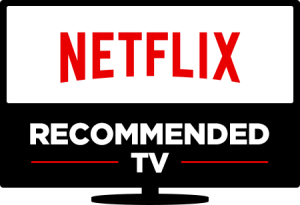 Netflix has a list of seven core criteria that it uses to assess manufacturers’ TVs, of which it says at least five must be met for manufacturers be able to use the Netflix logo on their wares. The company has today revealed the first TVs to garner the Netflix Recommended TV logo for 2016 — LG (UHD TVs with webOS 3.0) and Sony (Android 4K UHD TVs).

Ultimately, Netflix is focusing on the speed of the experience — getting users from sitting down to watching the latest “Better Call Saul” with the deftest of touches. And the company says that none of the 2015 models that passed the test initially would meet the new guidelines.

A lot has changed since Netflix launched the Recommended TV program last year — for starters, Netflix is now available in just about every market in the world. And this is perhaps why Netflix is now opening the recommended program beyond the U.S. and into the global arena — both the LG and Sony TVs will be sold in all countries where Netflix is available, which is effectively everywhere.