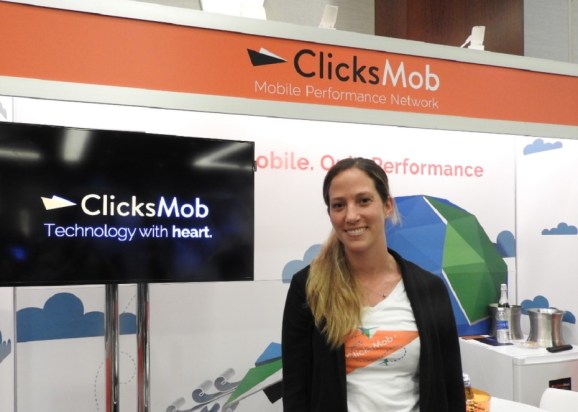 ClicksMob and AppGrade are getting hitched. ClicksMob is a mobile-only performance advertising platform that delivers users to app developers and publishers. As a third-party broker, ClicksMob can access thousands of sources of traffic, making mobile advertising more efficient by matching advertisers and publishers. Now the company is merging with AppGrade to focus on monetizing video ads for mobile users.

ClicksMob was started by Chen Levanon and three other entrepreneurs two years ago to focus on performance-based ads. App developers take out an ad, or ad agencies create a campaign, and ClicksMob is only paid once the desired result happens, such as when a user installs an app or returns to it a second or third time. If the user doesn’t do anything, then ClicksMob doesn’t get paid. But it does get a cut if it brokers a successful match, enabling a developer to gain a new user by advertising the app on other sites.

It’s a good business. Gartner estimates that revenue from mobile app downloads will triple by 2017. ClicksMob’s clients include Machine Zone, Kabam, Gree, SGN, and Skout. In 2014, ClicksMob had $10 million in revenue and it was growing fast. And Levanon, a former hurdler in college, built a team that had more than half women.

“Mobile video has seen dramatic growth in the last 12 months and we expect it to further dominate the market in 2016, delivering higher engagement, better retention and a non-intrusive user experience for our direct advertisers,” said Levanon in a statement. “In addition to the advanced optimization and pricing solutions we’ve developed, we’ve significantly stepped up our ability to match applications to specific users, while guaranteeing a much better user experience. User experience and the ability to match users with the most appropriate advertisers have always been and will continue to be our key objectives. The merger with AppGrade will allow us to bring extraordinary quality and significant added value to advertisers, publishers and users.”

As part of the merger, Avishai Shoushan, founder and CEO of AppGrade, will be appointed CEO of the newly merged company. ClicksMob’s Levanon will be appointed president. The self-funded ClicksMob is based in San Francisco, with offices in Tel Aviv and New York.

“AppGrade was founded with a clear goal — to provide the best video advertising experience available. The AppGrade team combines years of marketing experience with technological mobile-development expertise, which will allow ClicksMob to offer the most advanced ad and monetization solutions in the world,” said Shoushan in a statement. “We are delighted to be bringing that experience to ClicksMob and together we will lead the mobile advertising world, including the video arena. We are excited to be joining the ClicksMob team and to become part of one of the world’s leading mobile advertising companies.”