HTC sent out invitations today for the unveiling of its 2016 flagship smartphone, which will be known as simply the HTC 10. The date for the launch event, to be held simultaneously in New York, London, and Taipei at 1 p.m. GMT on April 12, is not a complete surprise: It’s the same date seen on several of the renders that have been leaked thus far. 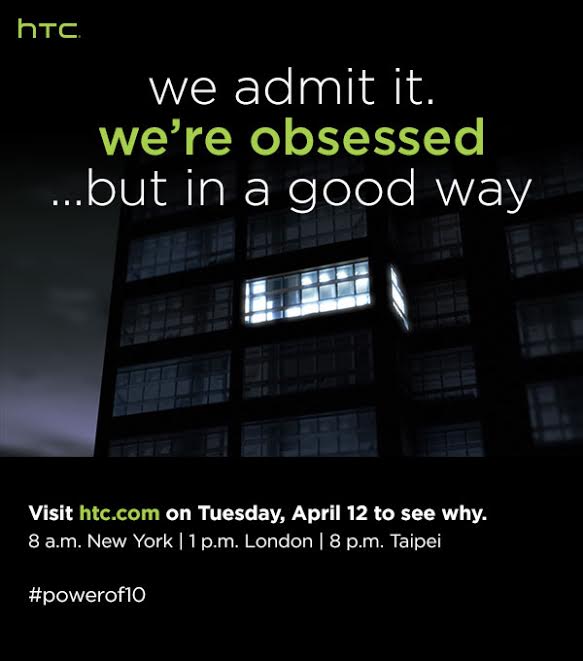 A 5.2-inch, Android Marshmallow 6.0-powered handset, the 10 is HTC’s attempt to reverse a several-year decline in profitability, including a particularly disappointing flagship performance in 2015’s HTC One M9. That device was widely panned for its imaging performance, a flaw that the company is hoping to correct with 10’s 12-megapixel UltraPixel 2 sensor, alongside laser auto focus and an optically stabilized f/1.8 lens.

It’s also set to feature Qualcomm’s Snapdragon 820 system-on-a-chip, whose quad-core CPU has proven to be most capable in initial benchmarking reports. Combined with a QHD resolution, USB Type C connector, 4GB of RAM, and either 32GB or 64GB of flash storage (plus microSD expansion), and the HTC 10 is shaping up to be a powerhouse.

Perhaps the only drawback of the all-metal design is its lack of front-facing speakers, though the HTC Boomsound software audio enhancement remains.

VentureBeat will have full coverage of the event and all the news (at least one surprise announcement is expected) starting at 8 a.m. on the 12th.