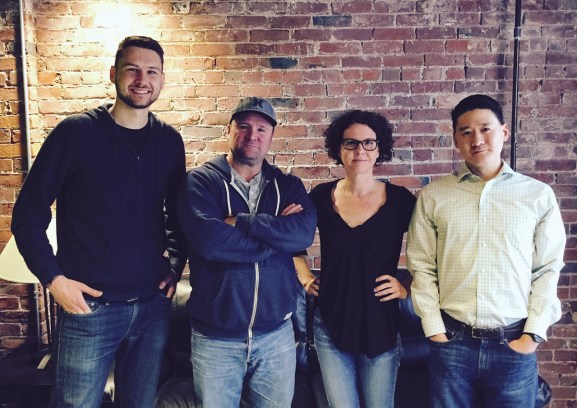 Asian game giant Nexon has teamed up with Vancouver’s This Game Studio to publish the developer’s next mobile game.

The deal between Nexon M, the mobile game division of Tokyo-based Nexon, and This Game Studio shows that Nexon is still serious about breaking into the Western mobile game market. Overall, mobile gaming’s annual value is $34.8 billion, according to market researcher Newzoo. To be a big player here, Nexon has to invest more in Western content.

The deal is also unusual in that South Korean online game giant NCSoft, a rival to Nexon, previously invested $5 million in This Game Studio. But that deal did not give NCSoft any publishing rights, according to Scott Blackwood, cofounder of This Game Studio, in an interview with GamesBeat.

This Game Studio was created last year by former veterans of Exploding Barrel Games and its parent company, Kabam. Besides Blackwood, the cofounders are Chris Ko, Heather Price, and Ian Szufnara.

Lawrence Koh, general manager of Emeryville, California-based Nexon M, said in an interview that Nexon M continues to search for high-quality Western games from the industry’s top creative minds to publish across Nexon’s global network. The companies aren’t describing the game yet.

“We’re in a fortunate position to get involved with This Game Studio in a publisher partner deal,” Koh said. “We want to help them reach their true global potential.”

Above: This Game Studio logo

Nexon M will offer marketing support and other publishing services. This Game Studio is an independent mobile game development company founded by mobile and games industry veterans from Kabam, Electronic Arts and Microsoft Game Studios. The team previously worked at Exploding Barrel Games, a studio that made the successful Fast & Furious 6 for Kabam. The team laid the foundation for Marvel: Contest of Champions, a big hit for Kabam, before moving on to create the new startup.

“We started making a title a year ago with the funding in place,” Blackwood said. “We also thought of all of the benefits that a publisher can offer, and that we did not want to scale up to do. We also had past history with Lawrence, and they had the best to offer us. They have massive infrastructure and reach.”

Nexon recently acquired Western talent with its purchase of Big Huge Games, the developer behind the hit mobile strategy game DomiNations which was founded by Brian Reynolds and Tim Train. Nexon M has also partnered with Respawn and Particle City to create several new and original smartphone and tablet games based on the expansive sci-fi universe of Titanfall.

This Game Studio has grown to 30 employees. Blackwood said that Vancouver has become a good place to start a game studio, with low costs and good tax credits from the Canadian government.

Nexon doesn’t have any Canadian operations yet. Blackwood said that mobile games have seen a lot of copycat products, but he was glad to see Supercell succeed with Clash Royale. Koh also said that Clash Royale has given him new optimism and “it validates our strategy to create bold, unique, innovative gameplay.”