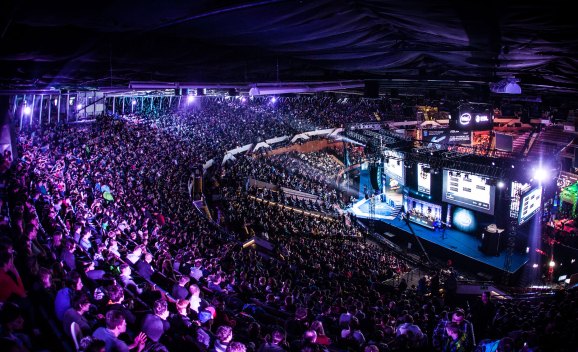 ESL is one of the pro-gaming organizations that is thriving thanks to sponsorships.

Esports has an enormous audience, and it’s quickly making more cash thanks to the power of those dedicated fans.

Corporations are going to spend $325 million on sponsorships and marketing related to the esports market this year, according to intelligence firm Newzoo. That’s 70 percent of all the revenue competitive gaming will generate in 2016. $197 million of that will take the form of advertising and $128 million go toward direct sponsorships. Pro tournaments for games like shooter Counter-Strike: Global Offensive and hyperpopular arena battlers League of Legends and Dota 2 draw tens of millions of viewers, and those are mostly people in the key demographic of men between the ages of 13 and 34.

Brand spending on esports is on pace to make a 49 percent year-over-year jump, and Newzoo chief executive Peter Warman notes that these companies are only going to increase their presence in the space. That’ll lead to $800 million in esports sponsorships and marketing by 2019, which will push total esports revenues over $1 billion for the first time.

“The explosive growth of esports and the ongoing convergence of games and video provides the biggest opportunity for the games industry since the launch of the iPhone back in 2007,” said Warman. “Supercell’s Clash Royale, the announcement of Rocket League esports, and the $1 billion investment into Chinese streaming platform Douyu are some recent examples that confirm this.”

Newzoo has published a free report to more thoroughly explain how esports is growing and where it is making money. As part of its research, the company highlights some of the key elements of esports. For example, Warman points out that more than half of all esports enthusiasts are between the ages of 21 and 35. Again, this is the group that marketers are dying to reach because they often build life-long attachments to brands during this time in their lives.

The analysts at Newzoo also report that 31 percent of esports fans have an average dedicated gaming budget of $600 or more that they’ll put toward hardware and software. In the general population, only 8 percent of people spend that much.

“These are exciting times, and I am extremely proud to see our dedicated Newzoo Esports team of analysts work with the majority of esports, brand and media companies to realize the potential,” said Warman. “The future of games is the future of media.”