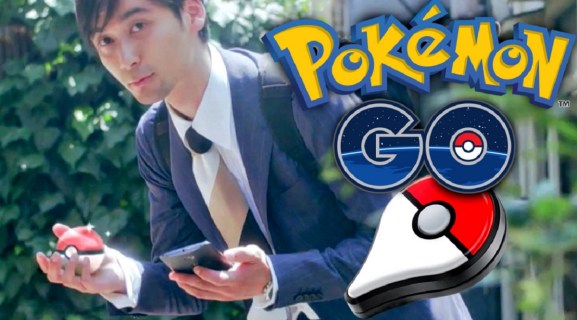 Pokemon Go could be a bit mobile hit.

Here’s how you’ll become a (kind of) real Pokémon trainer.

The Pokémon Company and developer Niantic revealed new gameplay details for Pokémon Go, the anticipated location-based mobile game based on monster-collecting series. The mobile games business was worth $34.8 billion 2015, according to market research firm Newzoo. The Pokémon franchise, meanwhile, earns $1.5 billion a year. Together, these two flavors can make a lot of money.

“In Pokémon Go, players around the globe will explore their surroundings to find and catch wild Pokémon hiding in our midst,” a press release sent to GamesBeat by The Pokémon Company and Niantic noted. “Some wild Pokémon appear only in their native environments; for example, Water-type Pokémon may only appear near lakes and oceans. As players explore the world around them, their phones will vibrate to let them know a Pokémon is nearby. Once they have encountered a Pokémon, it can be caught by using the phone’s touchscreen to throw a Poké Ball. Poké Balls and other special items can be found at PokéStops located at interesting places such as public art installations, historical markers, and monuments.”

Players will be able to catch more powerful Pokémon as their Trainer level increases, and capturing multiples of the same Pokémon can allow them to evolve that creature. You can also buy Eggs at PokéStops, which hatch into Pokémon after the player walks a certain distance.

“During gameplay, Pokémon Go players will be encouraged to join one of three teams and engage in Gym battles with other teams,” the press release noted. “Once they have joined a team, players will have the ability to assign their Pokémon to empty Gyms. Like PokéStops, Gyms can be found at real locations in the world, and because only one Pokémon per player can be placed at a given Gym, team members will need to work together to build a strong defense. A Gym claimed by one team can be challenged by the other two teams.”

Niantic also noted that Pokémon will have in-game achievements. The game comes out later this year.