Tim Sweeney is one of the best-known technical experts in the game industry and the CEO of Gears of War creator Epic Games. He kicked off a big debate over the openness of Windows earlier this month when he wrote an opinion piece that warned about Microsoft’s moves with Windows 10 to close off its Windows app store and compromise the openness of the Windows PC.

Sweeney expanded upon that theme with a technical description of what it will require for Windows to remain an open platform. In response, Microsoft’s Kevin Gallo, the corporate VP for Windows, said, “The Universal Windows Platform is a fully open ecosystem, available to every developer, that can be supported by any store. We continue to make improvements for developers; for example, in the Windows 10 November Update, we enabled people to easily side-load apps by default, with no UX required.”

And Phil Spencer, head of Microsoft’s Xbox division, tweeted, “Windows has always been an open ecosystem welcoming the contributions of hardware and software partners, and will always continue to be.” He also said that Microsoft would address Sweeney’s concerns about the Universal Windows Platform (UWP) at the upcoming Build conference.

For a time, we heard crickets from the rest of the industry. But game developers have thought it over and are weighing in with their own expressions of support for Sweeney on the openness of the PC ahead of Microsoft’s Build conference next week in San Francisco. 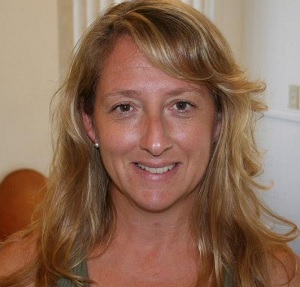 Above: Wanda Meloni of the Open Gaming Alliance

“The OGA expects Microsoft to make an announcement regarding UWP features, UWP process, and the UWP roadmap at their Build developer conference. We believe the goals of UWP replacing an aging Win32 API infrastructure with a modern, more secure set of interfaces and resolution of technical limitations will enable production of a better user experience (UX), which is good for our industry and its consumers,” said Wanda Meloni, executive director of the nonprofit Open Gaming Alliance, in a statement. “While rumors persist about Microsoft enclosing the ecosystem and thus limiting content creators from selling through multiple channels, we believe Microsoft understands how essential it is for content creators to interact and transact with consumers anywhere they want to be. We look forward to Microsoft’s announcements at the Build conference along with a roadmap for when all the required features for an open ecosystem for UWP features will be available.”

But others opened up.

“I agree with Tim’s position,” said Louis Castle, an independent game developer and cofounder of Westwood Studios, which was a PC gaming studio behind franchises such as Command & Conquer. “I think that if Microsoft was only looking for a secure open system they would adopt a system similar to the HTTPS protocol which the entire world relies on as a reasonable level of secure identification. The new Microsoft approval process really makes me suspicious that there is a longer term agenda to controlling PC product distribution and/or finding a way to charge for transactions like Apple and Google do. That would be very bad for the PC ecosystem in my opinion.”

Trion Worlds, the maker of massively multiplayer online games, is also a big believer in the PC as an open platform.

“We do believe that Microsoft is technologically interested in creating a great cross-platform experience for users. At the same time, we believe that care must be taken to preserve the openness of the PC that is the source of it being a platform of vibrant innovation across the world,” said Scott Hartsman, CEO of online game publisher Trion Worlds. “We believe that it’s of critical importance for all customers in the Windows/PC ecosystem, for creators to retain the ability to create applications for wide distribution, without centrally registering with a single person or organization, without the requirement of using a centralized store as a sole distribution point, without having to submit to a centralized authority’s judgment of what’s right or wrong, without users having to dig deep into arcane settings to allow what an operating system could present as an advanced, dangerous, or nonstandard option.”

Hartsman acknowledged concerns about security. But on that front, he added, “While some very smart people have commented on this level of openness being harmful, as it also allows for distribution of malware and other software people don’t want, we believe that there are vastly more effective solutions that can be adopted from other operating systems – such as better per-user control, better process sandboxing, and not always needing to run one’s computer as an administrator account with full privileges to use typical software. Microsoft has been making excellent strides here with Windows over the years; both in prevention and detection. Continuing down that path would obviate most arguments against continued openness for the sake of safety. We believe that the good of open software and open marketplaces vastly outweighs the bad.” 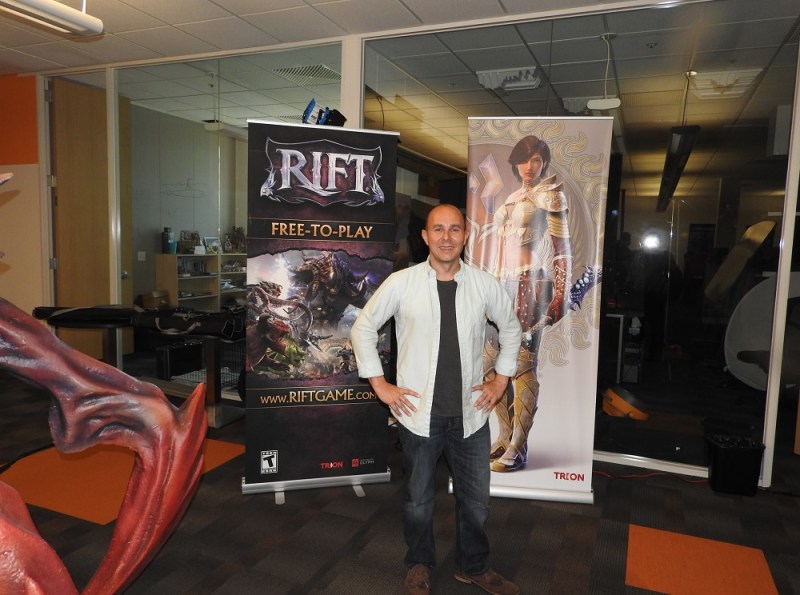 Above: Scott Hartsman, CEO of Trion Worlds, at the company’s headquarters in Redwood City, Calif.

Hartsman argued that in open environments, anyone is free to start their own business around ideas like connecting people with games. In closed systems, that’s not the case.

“If the goal is to have more businesses creating sustainable successes at a wider range of scale, to create more options for users over time, open environments win every time,” he said. “Closed environments with a single point of distribution cement a rich-get-richer environment where discovery of new creations by their audience becomes increasingly difficult. Look no further than the relatively stable top ten on the iTunes App Store. While a lot of what’s there is genuinely best of its kind software, and their creators should be proud, when there’s only one store, there’s no denying that we tend to see the same creators’ names longer.

“We’re very open about our own self-interest here, and we believe that our interest is in perfect alignment with that of the customers on our platform: They want choices. They want to be in charge of what they experience, not reliant on what a centralized authority tells them they can or can’t experience. On closed platforms, where one party approves creators and there’s a single place to find games and apps, you’re much more limited, leading to companies needing to engage in an ever-increasing war for paid installs. As a person trying to connect people with quality games and apps, you have one overwhelmingly dominant trick in your book: Spend more money. That’s not sustainable in the long term.”

In closing, Hartsman said, “Think of how much better the mobile universe would be if all of those hundreds of millions of dollars currently going to user acquisition were instead going back into creating better  experiences for customers. That’s the world we have on PC right now, and it would be a tragic loss for everyone in the ecosystem, users and creators alike, if that were to change.”