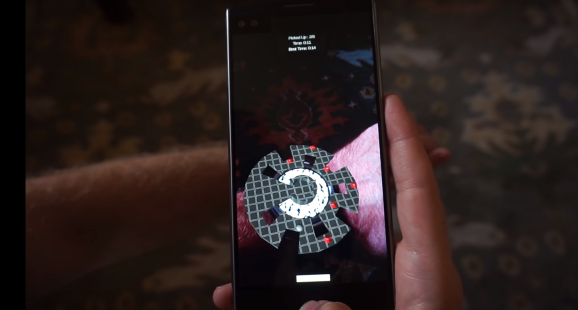 Google has racked up apps in its online gallery since then, but with its I/O developer conference coming up in May, it wants to have still more. So the company will be giving away prizes for the best projects submitted between now and April 13.

“The top three winners of the contest will receive a trip to this year’s Google I/O, and the five runner-ups will get the new Nexus 6P,” Google senior interactive designer Roman Nurik and Richard The of the Google Creative Lab wrote in a blog post.

As before, Google is especially interested in projects that look interesting, use Android’s new features creatively, and make people rethink the way they use mobile devices.

With its innovative approach, Android Experiments is a bit similar to Microsoft Garage — although the new apps that the latter program occasionally issues are exclusively built by Microsoft employees, and it doesn’t mandate that code be available for anyone to see and build on under an open-source license.

Each Android Experiments submission must include a link to source code on GitHub, a link to the app in the Google Play Store, a YouTube video, a description of the experiment, and contact information.