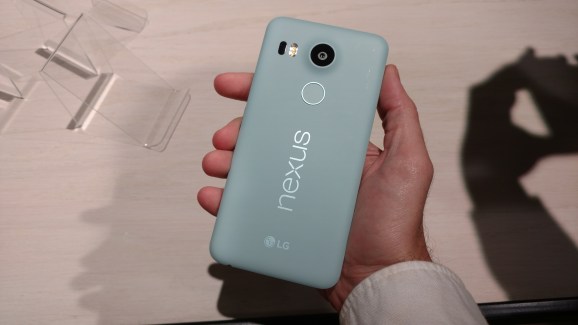 The back of LG's Google Nexus 5X.

Google is rumored to be looking at bringing augmented reality to its camera app. If that’s true, the company would leverage technology from Google Goggles, allowing you to see relevant search results like nearby restaurants, transit information, and recommended retailers.

Details given to Android Authority through an anonymous source state that the integration would include a new feature “allowing users to outline specific areas of the image” in order to directly target their searches. This would be an improvement on the current iteration of Google Goggles, which only allows you to search whole images.

Reports indicate that  the technology has also been tested in “wearable computing devices,” suggesting that it “may come to products like Google Glass and possibly even VR (or AR) headsets.”

Google Goggles launched in 2009 as a visual search technology app, but after a few years the company stopped updating it, and it fell by the wayside. If today’s rumor is true, instead of a standalone augmented reality app, the company will merge the feature directly with the camera. Incorporating augmented reality into all its phones makes sense as part of an effort to build up mobile search usage. In fact, it’s likely that with the reported Google keyboard, the company is looking for more seamless ways to get people to search without having to open up another app.

We’ve reached out to Google for comment and will update if we hear back.