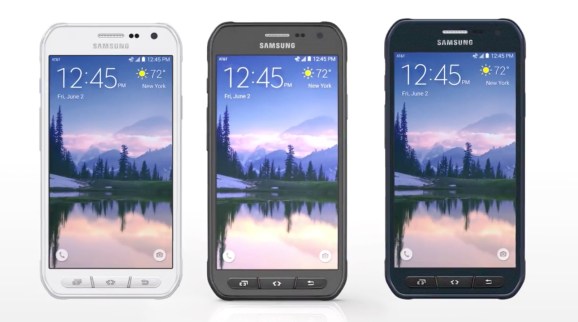 For the past three years, Samsung has built an elements-resistant version of its annual Galaxy S flagship, and the first official evidence of a Galaxy S7 Active just appeared in a Google Play Store app listing. The purported handset is listed as a compatible device in the latest version of the Korean manufacturer’s Samsung Level application, companion software used to control some of the company’s Bluetooth audio accessories.

It was last updated yesterday, Sunday, March 27, along with its description.

The new evidence dovetails nicely with a recent listing on Zauba, a website that tracks imports to and exports from India. Records show that on March 16, a 5.1-inch phone going by model number SM-G891A entered the country, as do nearly all other Samsung mobiles due to software testing facilities located there.

This model number is significant because it follows the same nomenclature as last year’s Galaxy S6 Active (pictured above), SM-G890A. That device was an AT&T exclusive, and this one appears to be the same, as evidenced by the letter “A” at the end of the model number. The Galaxy S5 Active went by model number SM-G870.

Further inquiries revealed that the phone is referred to internally by the name Samsung Poseidon, whose aquatic connotation evokes the Active line’s IP-68 certification for water and dust resistance.

That SM-G891A in testing at AT&T is known as the Samsung Poseidon.

The Galaxy S6 Active was released on June 12 last year, while its predecessor, the Galaxy S5 Active, hit retail about a week earlier in June 2014. Those releases are suggestive of an early June availability for the S7 Active as well.