The Philippines is getting a new “Thrilla in Manila” — its first major gaming studio.

Ubisoft unveils its new Ubisoft Philippines studio today. It’s base is Santa Rosa Laguna, a suburb that’s 24 miles south of Manila. It’s an outgrowth of the French publisher’s operation in Singapore, making it its 30th studio. Its manager is Chip Go, a veteran of Ubisoft Singapore, and it falls under the umbrella of Oliver de Rotalier, who’s now the manager director of Singapore, Philippines, and Chengdu (China). The moves shows not just how global the $99.3 billion game industry has become, but also how it’s looking at new places to find game creators. 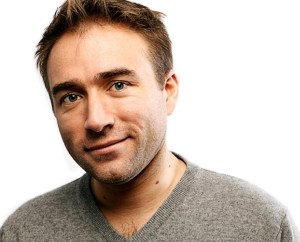 “As we did in Singapore, we want to expose people to major triple-A franchise,” de Rotalier said about expanding into the Philippines. To help stock that local talent pool, Ubisoft is turning to the University of De La Salle in Manila to set up a training program. Ubisoft Singapore had a similar partnership with Digipen, a Redmond, Washington-based school for learning video game design.

“We will work with a local university to grow taken the industry needs,” de Rotalier said. “We’ll be crafting the right cirriculum, helping students and projects, to quickly grown the next generation of game developers — fits market in Philippines, and that’s why we consider contributing to the ecosystem as important.”

The move came about in part because Ubisoft Singapore has hired a contingent of employees from the Philippines, and de Rotalier noted the great relationships and trust the Filipino team has established there.

Singapore has been a major contributer to the Assassin’s Creed and Ghost Recon franchises. In an interview during the recent 2016 Game Developers Conference, de Rotalier reminded a room of reporters that his studio developed Ocean Tech, which helped bring about the naval warfare gameplay in Assassin’s Creed III and Assassin’s Creed IV: Black Flag (a showcase for this content). It has experience in major console and PC releases and PC online gaming with Ghost Recon: Phantoms. It opened in 2008 with 22 people and now has more than 320.

Ubisoft has similar ambitions for the Philippines. It wants the studio to grow from 50 people by the end of 2016 to 200 in five years. Working with De La Salle will help establish a local pipeline, and the publisher hopes its location in the ‘burbs and economy — right now, the Philippine peso is trading 46-to-1 to the U.S. dollar — would help Ubisoft workers establish a good standard of living. De Rotailer said Manila’s workers would get a “competitive salary,” but he also acknowledged that the Philippines doesn’t pay the same wages as Singapore or the United States.

The location of Santa Rosa may seem odd to some compared to Manila, a much larger city. De Rotailer cited a number of reasons for this decision: schools, recreation, less crowding, a theme park were chief among them. It’s also close to Manila and isn’t difficult to reach from the capital’s airport.

“Santa Rosa’s very accessible, and more important, if go to Santa Rosa, it offers unique quality of life. As growing studio, the quality of life is important,” de Rotailer said. “It’s easy, and it’s also a guarantee for those settle there [that they’re] 5-10 minutes from work, have a good balance in life. That was a big focus for us, and we’re happy to provide that.”