Video-streaming platform Vimeo has announced that it’s adding transactional support to its Roku app — marking the first time users have been able to buy Vimeo content away from its website.

Vimeo has been building out its efforts to differentiate itself from other players in the space by focusing on creators and filmmakers. With Vimeo On Demand, which launched back in 2013, Vimeo offers a platform for anyone to sell TV shows and movies. The New York-based company also announced back in 2014 that it would begin working on original content by funding six new episodes of the web series High Maintenance.

Now, with more than 30,000 titles in its on-demand catalog, Vimeo is making it easier for people to buy titles from their sofa. Until now, users have had to visit Vimeo on the Web to buy a title and add it to their account, after which they could watch it on any Vimeo platform. Now, users can continue to recline comfortably while ordering a new show via their Roku remote. 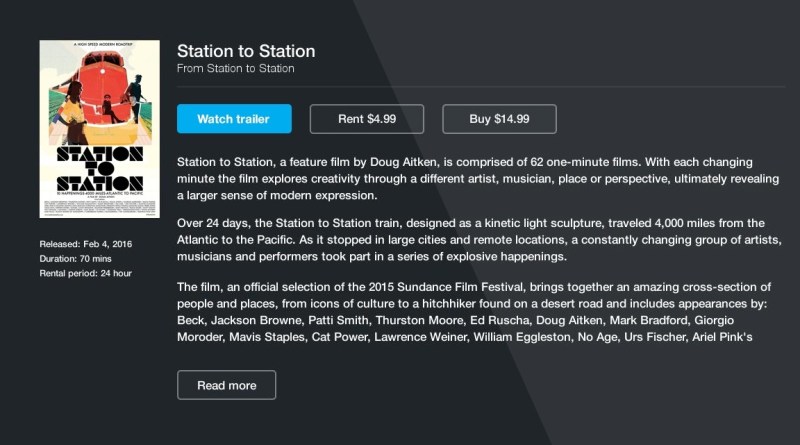 This is certainly a notable evolution for Vimeo, but it’s worth noting here that the Roku app won’t be completely untethered from the Web — users still have to add their card details through the website in the first instance. After this, a purchase can be authenticated by entering a PIN code on the Roku app.

Other updates to Vimeo’s Roku app today include support for the latest Roku 4 player and adaptive streaming (HLS), which means the streams are automatically rejiggered to suit a user’s Internet connection.

So does this mean that Vimeo will begin introducing in-app transactions to its slew of apps across mobile devices, TVs, set-top boxes, Blu-ray players, and consoles? Well, maybe, but when pressed by VentureBeat the company wouldn’t reveal anything specific, though it did say that its “TV apps will continue to be a big focus for us and we’re very much looking at ways to integrate transaction support on platforms where it make sense for our viewers and sellers.”

The thing is, in an age of streaming dongles and set-top boxes, the dividing line between mobile devices and the “lie back” experience of a “TV app” is pretty negligible. Indeed, with Vimeo’s app supporting Chromecast and Apple TV, it would make sense for the company to roll out transactional support across the board, including on smartphones — what works on a mobile phone in 2016 also works on a TV.