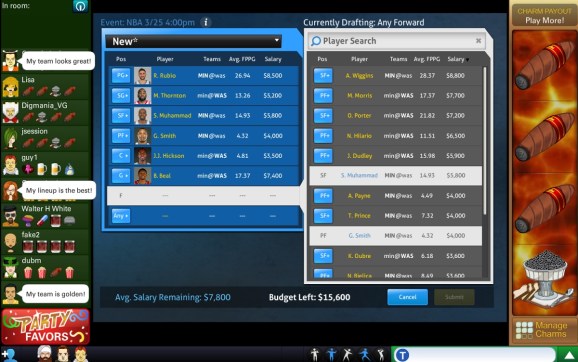 A screen from FlowPlay's All Star Daily Fantasy game.

Daily fantasy sports have created a lot of controversy. Since the winnings come in real money, some states are calling it illegal gambling. But FlowPlay is offering an alternative with the launch of its new social sports game, All Star Daily Fantasy.

The title offers the gameplay of betting on daily fantasy sports games, but it doesn’t have real-world winnings. You can buy virtual currency with real money, but you don’t cash out any winnings, and that means it is not defined as gambling under U.S. law. Derrick Morton, the chief executive of Seattle-based FlowPlay, told GamesBeat that this means it offers casual gaming excitement without the headaches of regulatory gambling oversight.

“We don’t want to be regulated, and we make enough money where there is really no reason to be in the real-money gambling world,” Morton said.

The move provides an alternative to daily fantasy sports games offered by DraftKings and FanDuel, which have raised more than $1 billion since 2009. Those companies operate games where winners can cash out their earnings. Those companies contend that these are skill-based games and should not be defined as gambling. But at least five states such as New York have ruled that these games don’t require much skill and constitute gambling. That has forced the companies to pull out of some states.

“Significant issues – including regulatory pressure, limited audiences, and high operating costs – continue to burden the online fantasy sports industry, especially in the U.S.,” said Morton. “FlowPlay is leveraging our experience in the casual games industry to introduce a completely new model that is sustainable and legal. Social sports wagering games are a viable alternative to the embattled daily fantasy industry and supply an appealing experience for millions of sports enthusiasts that have been largely alienated by current offerings.”

All Star Daily Fantasy is a free-to-play casual game where you assemble a fantasy sports team, starting with NBA teams first. You assemble a team based on a salary cap and win points according to a player’s performance throughout a game. Players can participate in multiple games and can have several entries per contest. They can edit their line-ups right up to the start of a game. And players can buy insurance by purchasing “gems,” or in-game virtual currency, which will replace a portion of the wager if the game results in a loss.

FlowPlay will expand the game to include college and professional sports such as hockey, baseball, and football as league seasons open throughout 2016.

FlowPlay also operates Vegas World, a social casino game where you can play slot machines but can’t cash out your winnings. FlowPlay can cross-promote the games and try to boost its position in the $3 billion social casino games market. And it operates OurWorld, a teen virtual world that has been played by 35 million people. 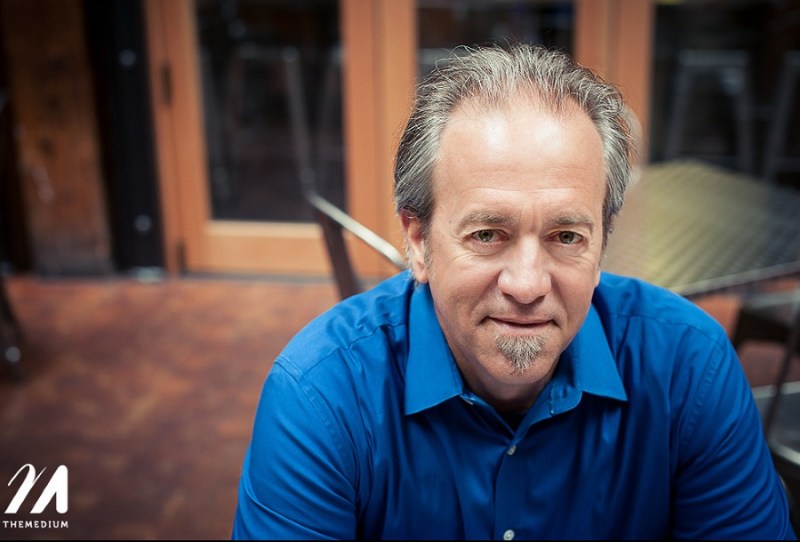 One of FlowPlay’s board members has experience in this market. Mike Slade, the former CEO of Starwave, created the first iteration of ESPN.com in 1995 and produced the first online fantasy football game.

“In the two decades since fantasy sports first made its way onto the Internet, progress has been steady – but with the dramatic rise and consumer demand for DFS drawing new attention to the industry over the last year, the market is more ripe for innovation than ever,” Slade said in a statement. “That innovation will be through making DFS more widely accessible and attractive to casual sports fans and non-gamblers. I’ve enjoyed having a front row seat to witness FlowPlay’s success in the social casino sector as a board member and investor. Their latest focus on leveraging an already proven approach to free-to-play casinos will translate well to fantasy sports and help bridge the gap to a much more mainstream audience.”

FlowPlay was founded in 2006 and is primarily funded by Intel Capital and the creators of Skype. 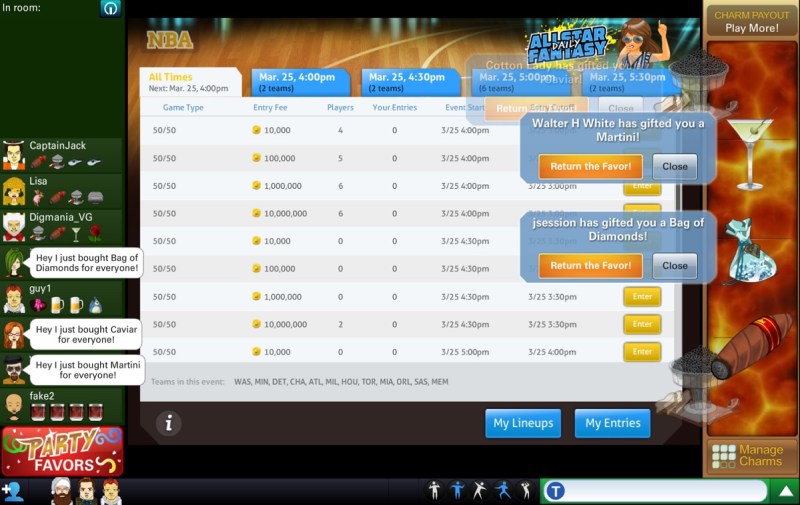