Google today announced Fiber Phone, a home phone service powered by much of the same technology as Google Voice. Fiber Phone is an optional $10-per-month add-on for Basic, Gig, and Gig TV customers.

Fiber Phone includes unlimited local and nationwide calling (“nationwide” means U.S.-only because Google Fiber is still only available in one country), as well as “the same affordable rates as Google Voice for international calls.” You can keep your old phone number (or pick a new one) and use call waiting, caller ID, and 911 services. Like Google Voice, Fiber Phone also transcribes your voice messages for you and sends them over as a text or email. And also like Google Voice, your Fiber Phone number lives in the cloud, which means that you can use it on almost any phone, tablet, or laptop.

So why exactly is Google launching a home phone service? Familiarity and reliability, apparently:

And while mobile phones have pushed us toward the future, home phone service is still important to many families. Landlines can be familiar, reliable and provide high-quality service, but the technology hasn’t always kept up.

The service is coming first “to a few areas,” though Google wouldn’t say which ones. It will then become available for residential Google Fiber customers in the cities where Internet service is available — the goal is to make it available in all Fiber cities. Once it rolls out in your city, you’ll be able to sign up for Fiber Phone using this form. 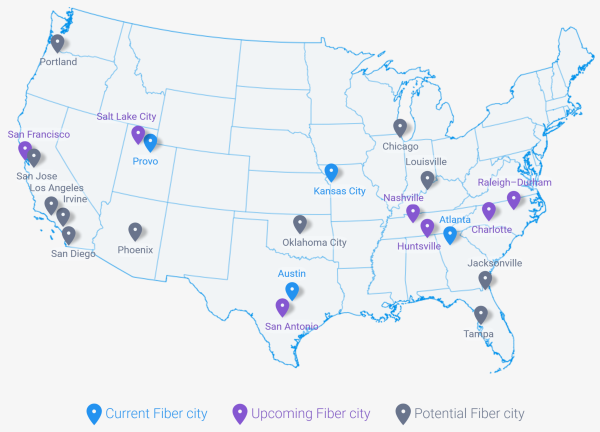 Google is essentially attempting to round out its Internet, TV, and home phone package to take on the big telecom and cable companies. Whether people actually want a better home phone service instead of just moving to mobile phones, however, remains to be seen.