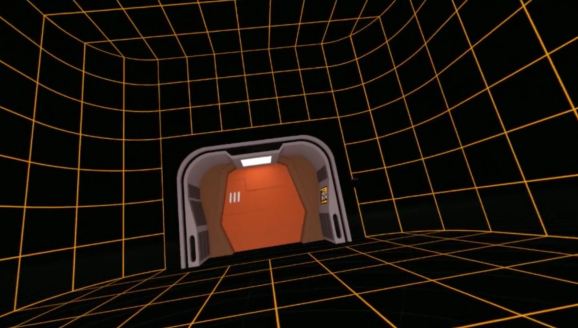 This is the Holodeck in SteamVR.

Virtual reality is out. It exists. You can buy at least one of the major headsets. Unfortunately, the Oculus Rift and the HTC Vive are nowhere near the holodeck from Star Trek: The Next Generation, but you can simulate being in that simulator.

The Vive, which HTC built with Steam owner Valve, runs on the SteamVR software that has a built-in option to change the wallpaper of the virtual home screen to whatever you want. Naturally, you’re going to turn it into the holodeck, and that is one of the options that is already on the Steam Workshop, where users can upload their own content. Analysts expect consumers to spend around $30 billion to $40 billion by 2020, as predicted by tech adviser Digi-Capital and research firm SuperData. Giving people the capability to step into environments you recognize from movies, games, and exotic real-world locations could get people excited to part with their cash.

I hopped on Steam and subscribed to a bunch of new backgrounds from the Workshop. Some highlights include a rooftop from the Electronic Arts action game Mirror’s Edge, Diamond City from Fallout 4, and the International Space Station’s interior. Additionally,  you can even use your own 360-degree photos that you might take using the Photosphere option in Google’s Camera app or its Cardboard Camera app for Android.

After subscribing to the wallpapers, I ran through some of them and recorded the results. Watch it below: