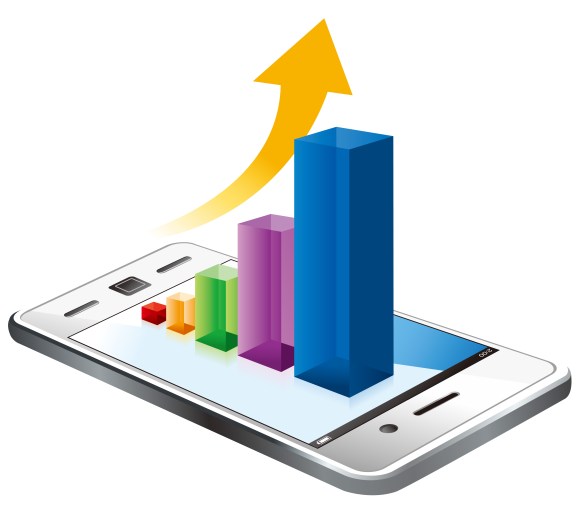 Pyze, a new mobile app analytics and engagement solution, has launched out of stealth today with $1.7 million in seed funding from DoubleRock and several prominent angel investors. The core product, Pyze Growth Intelligence, will be available immediately to mobile publishers, completely free. This is a huge differentiator, since Pyze’s main competitors (Mixpanel, Localytics, Amplitude Analytics, and Yahoo’s Flurry) all charge thousands of dollars per month.

The death of the app is overblown

Haven’t you heard? Bots are replacing apps. Yes, while AI will continue to pervade our phones, major consumer trends don’t just shift because futurists want them to. There’s too much forward momentum in the app economy to consider a rapid slowdown now or for at least the next few years.

By the end of 2016, 50 percent of people on the globe will own a smartphone. And by 2020, that number should nest around 80 percent, with total app billings in the $100 billion range. Those numbers don’t include the estimated $300 billion in ecommerce transactions through mobile apps in 2015, or the $30+ billion spent on app advertising (both figures should grow substantially in 2016 and beyond).

“It’s still the early days for apps. We already use apps today for basic tasks like ordering a ride or a meal. As apps become more and more ubiquitous in our lives, it’s imperative that they become more personalized. Apps must create meaningful interactions with their users in order to become successful. To be competitive, the smaller app publishers must become more sophisticated in personalizing and automating user engagement,” Prabhjot Singh, cofounder and president of Pyze, told me.

“The deck is stacked against the ‘little man’ app publisher. The few apps that dominate our screen time today have built sophisticated big data platforms to ensure users stay sticky. Without access to these tools, the indie app developers are fighting an uphill battle,” he said.

There are indeed concrete trends working against smaller publishers. For instance, a few app publishers generate over $1 million a day from a single app, while the vast majority make less than $500 a month. This is coupled with the fact that 90 percent of a mobile phone user’s time is spent on their preferred email, messaging, and social clients — leaving just 10 percent of time for standalone apps (branded retail apps, banking, travel, productivity, etc.). That’s a small window, considering the circumstances, and it wouldn’t inspire me to invest in the app game as an individual investor.

But at scale, that 10 percent is still a significant amount of time — and the rise of connected devices will inspire more ways for end users to interact with content and service from apps, regardless of interface. The knowledge gleaned now in the app economy’s current iteration — on the mobile phone — will power growth and adoption in the future.

Here are the main features of the new Pyze platform (offered free):

Singh touted the company’s bold strategy, which he believes will help it stand out in a crowded marketplace of 200+ “mobile app enablement” vendors. “We’ve spent the last two years developing technology that enables us to offer the core service for free to everyone,” he said. “We don’t think anyone should be charged for sending out push notifications or in-app messaging in 2016, so we have baked those capabilities into the product.” He also said the company will offer a paid enterprise tier with advanced features, access, and support.

As an analyst, I see a lot of ‘me-too’ technology in this space, especially as pure play analytics vendors continue to add marketing and engagement features. “Mobile scale keeps getting bigger, and just as analytics became a commodity, I also see marketing and engagement features becoming a commodity,” Singh said. “Given that almost any mobile app can grow to millions of users, publishers need more intelligence-driven engagement and automation to stay competitive. The current solutions in the market are going to have to evolve or they will become irrelevant in the same way mobile analytics is today.”

In addition to the seed funding, Pyze has received close to $500 thousand from startup programs by Google Cloud Platform and Microsoft BizSpark Plus, which is enabling Pyze to potentially quickly scale its SaaS business.

We’ll be discussing explosive mobile growth and the several economies powering it at the sixth annual VentureBeat Mobile Summit on April 4-5.