Satya Nadella, chief executive of Microsoft, had a pretty tame keynote on the first day of Microsoft’s Build conference in San Francisco. He sometimes danced near controversy, emphasizing topics like privacy, but never challenged these issues head on.

There were plenty of issues for Nadella to address. But he was either too polite to tackle them in an in-your-face kind of way, or he just decided to leave the details of conversations to other speakers or the technical sessions that will take place during the rest of the Build conference, which goes on for three days.

As an example, Nadella declared that Windows was open and called it the best platform for game and app developers. But he didn’t directly address Tim Sweeney, the CEO of Epic Games and longtime gaming leader, about his concerns that Microsoft was moving to close off the Windows platform and app store with its Universal Windows Platform.

He also emphasized privacy in his talk, and how technology had to be created in the service of consumers and businesses. But he didn’t directly mention the Apple-FBI controversy, where the government wanted Apple to hack its own platform to gain access to a dead terrorist’s iPhone. 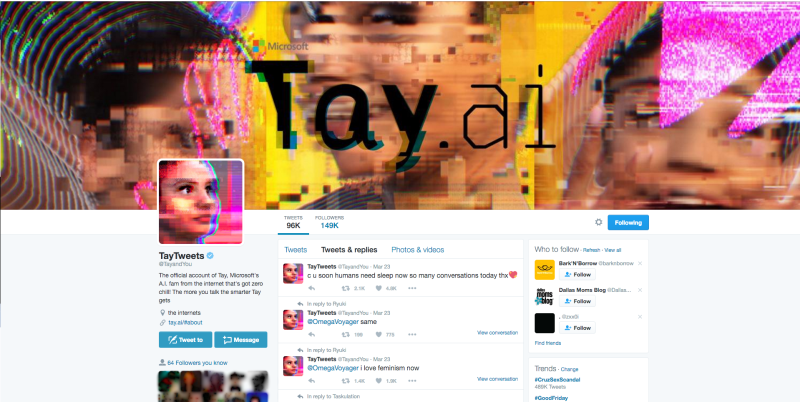 And Nadella only briefly mentioned Tay, the artificial intelligence-powered chatbot the company unveiled and soon thereafter took offline because users taught it to make racist and sexist tweets. He said that Tay was going back to the drawing board. He didn’t apologize again or otherwise make a big deal of it.

That was in keeping with his initial comment that he was an “optimist” when it comes to how technology is driving changes in society for the good. It was a sharp contrast to the controversial FBI issue that Tim Cook, CEO of Apple, directly addressed when he held a press conference at the company’s recent iPhone SE event.

Perhaps a keynote speech is meant to inspire people — not to divide them around controversies. And Nadella did a good job with that, closing with a story about a blind man who uses technology to understand what is happening in the world around him.

Nadella clearly comes down on the side of freedom, tempered with the need for security and privacy in the world. He wants technology to bring out the “best in humans, not the worst.” He wants people to change the world through their creativity, and he wants Microsoft to enable them. He said technology should be seamless, accessible, transparent, respectful, and inclusive. But he made only an indirect reference to the awful mobs on the Internet. It was all very sanitized, in my view, as if he were looking at reality through a HoloLens. 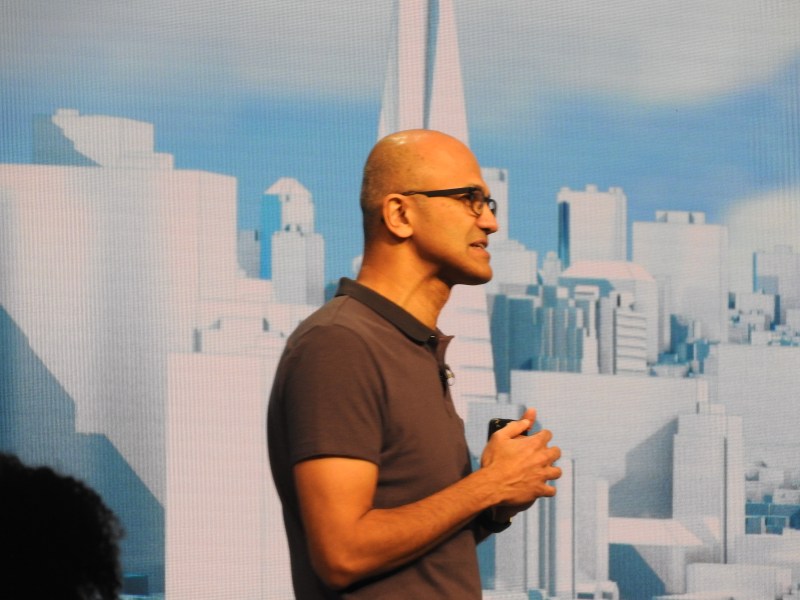