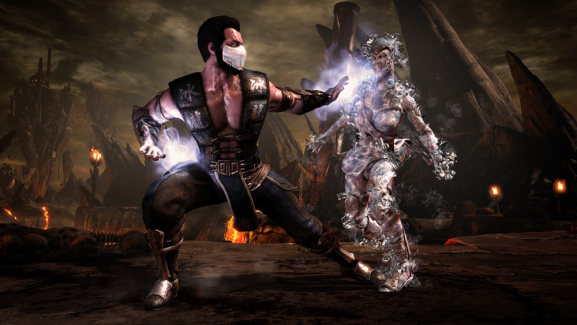 Get over here, esports fans.

Warner Bros. Interactive announced today that it is beginning a third season of official Mortal Kombat X tournaments. The competitions combined will have a prize pool of $500,000. The eight week season begins on April 3 and ends on June 12 in Burbank, California. Those finals will give out a prize pool of $200,000, double the $100,000 prize of last season’s finals. Intelligence firm SuperData Research projects esports will generate $2 billion in revenue by 2018, so these tournaments help Mortal Kombat X be a part of that growing scene.

$500,000 is a relatively small size compared to the prize pools for the biggest esports games like League of Legends of Counter-Strike: Global Offensive, which give away millions of dollars to its competitors. However, fighting games are not as popular as multiplayer online battle arenas (MOBAs) or shooters in the esports scene. Last year’s Capcom Pro Tour, which featured another fighter — UItra Street Fighter IV — also had a $500,000 prize.

It’s good for Warner Bros. to continue to support Mortal Kombat X, which originally came out in April 2015. Encouraging the tournament scene to continue can grow the fan-base and extend the life of a game far beyond that of titles without competitive elements. Warner Bros. noted in a press release that the finals will be streamed live, although it didn’t specify where.