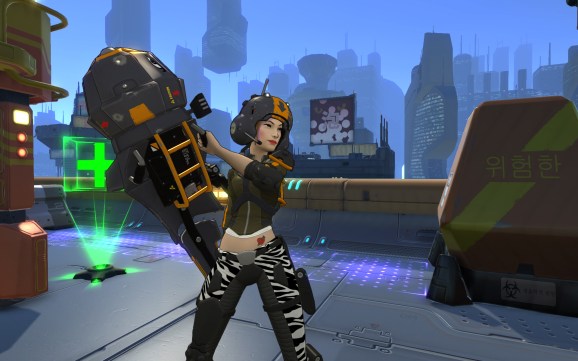 These days, it’s never too early to get people playing (and talking) about your game.

Trion announced today that its simultaneous turn-based team tactics Atlas Reactor is now in open alpha, meaning anyone can try the unconventional game. Most turn-based titles have players taking, well, turns. In Atlas Reactor, however, all players pick their movements and actions at the same time and then watch the subsequent wave of chaos unfold simultaneously. While games like Civilization or X-Com are methodical and slow-paced, Atlas Reactor wants it action to appear more exciting, which could help attract the esports crowd that loves watching real-time games like League of Legends and Counter-Strike: Global Offensive.

Open alphas are rare, since a game in an alpha state is far from finished. Typically, developers don’t expand free testing until they are well into the beta phase. Still, these days, word-of-mouth is key for a new competitive PC game hoping to find an audience. Allowing as many people as possible to play a game, especially one as unconventional as this, can start more buzz.

Atlas Reactor will enter a closed beta on April 14. You can check out some gameplay below.