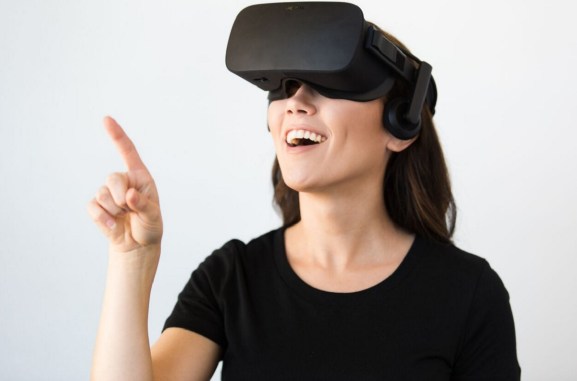 VR by Models in Tech

Virtual reality isn’t just about gaming. If it’s going to be a $30 billion business by 2020 (as predicted by tech adviser Digi-Capital), it’s going to have trigger growth in a lot of markets. Dell believes that VR will make an impact in the enterprise workstation business, as companies will have to upgrade their visualization machines to be VR-ready.

With that in mind, Dell is today unveiling three new workstation tower computers that can handle the demanding visuals of VR, which must run at least 90 frames per second in each eye in order to avoid making users seasick. If VR really catches on in the enterprise, it could boost demand for workstations, said Rahul Tikoo, executive director and general manager of Dell Precision workstations, in an interview with VentureBeat.

“The first use for VR is in games and entertainment, but we’re seeing a lot of interest in the enterprise as well,” Tikoo said. “This signals to the world we will have a leadership position in this space. We are enabling the right usage for commercial customers.”

Above: Dell is taking enterprise computing into virtual reality.

These machines have recommended minimum system hardware configurations to support an optimal VR experience for professional users with HTC Vive or Oculus Rift VR solutions. The HTC Vive is launching in early April, while the Rift debuted on March 28.

Tikoo said he expects VR will impact almost every industry and will have professional applications in engineering, science, energy, and entertainment verticals. As an example, oil and gas explorers have to sift through an enormous amount of visualized data as they search through geospatial data for natural resources underground. It’s also a lot easier to design cars and other products if you can immerse yourself inside a 3D space where the products are much more easily visualized.

The VR-ready systems will have a minimum CPU, memory, and graphics requirement, as well as graphics drivers that are updated to work well with VR. They will be subjected to performance tests by Dell so that they work well with head-mounted displays, software vendors, and third-party benchmarks.

Dell already has a lot of this knowledge in-house at its Alienware consumer PC division, Tikoo said.

The newly refreshed models include the Dell Precision Tower 5810, 7810, and 7910 Workstations and Rack 7910. These machines have been upgraded with new Intel Broadwell EP Processors that have more cores and performance for multi-threaded applications that are ideal for professional modeling, analysis, and calculations. The machines are available starting April 5.

“We’ll provide headset bundles in the future,” Tikoo said. “Our systems are very different from what Alienware is shipping, with a real emphasis on professional work, creation, building, and designing.”