One of the delightful surprises at the recent Game Developers Conference in San Francisco was the Intel University Games Showcase, which featured some of the most innovative games being built by teams of college students.

I attended the event in the vast upper level of the Metreon and was very pleasantly surprised at how good the demos looked. Intel used a good method to screen the games. Intel host Randi Rost said the company asked game design program faculty at universities to provide a single entrant that represented the best game being developed by students at the school. It received entries from 11 schools with established video game programs, and the result was some very original work. I’ll summarize some of them in this story. But my basic message is that a lot of these games should find a publisher right away. They’re that good.

I think that it would be very interesting to see if some of these teams could get funding for their projects and stay intact after graduation, as members of new startup studios. (That’s a big hint for investors or game publishers out there). The winners were judged by a panel of game industry experts. My own favorites were Tentacult!, Decisions That Matter, Mirrors of Grimaldi, and Hack Slash & Backstab. I don’t know what these schools are teaching, but they’re clearly encouraging students to take creative risks. 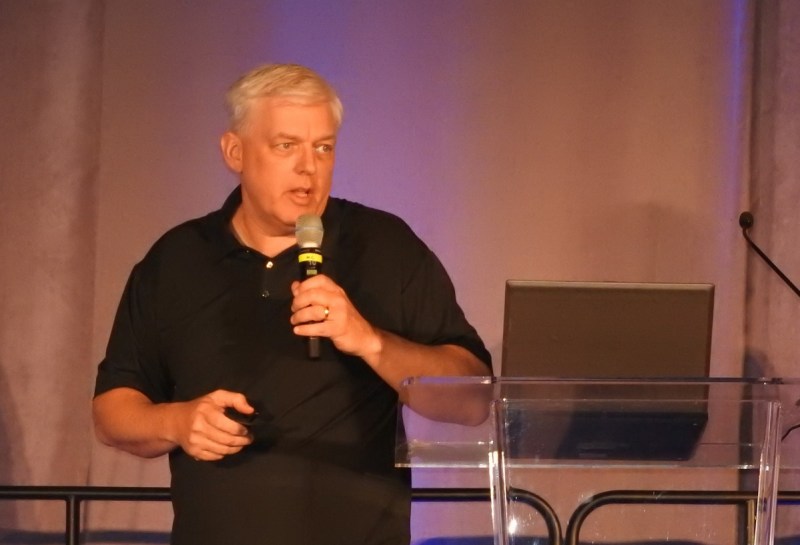 Based on the official judging, these were the top games:

I’ll describe each of the projects below. 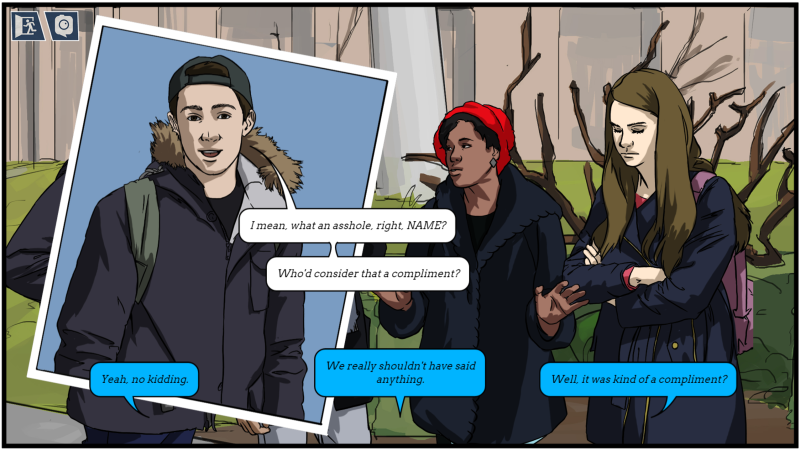 Above: Decisions That Matter is aimed at stopping sexual assaults.

One of the socially conscious games came from a team of seven students working for 15 weeks at Carnegie Mellon University. Decisions That Matter is an interactive graphic novel that educates young people about the risks of sexual assault on college campuses. It is told in motion comic style and describes situations where young women are caught in risky situations. Both the women and the people around them are called upon to make smart decisions that can lead to safe outcomes. The player is a bystander in the story who witnesses varying levels of harassment. If he or she makes the wrong choices, the result can be a sexual assault. As the final scene in the comic appears, the characters come to life as real-life actors in the game. They talk about their decisions and their consequences.

This one is a Serious Game, or one that aims to educate people about a social issue. The production looked like it was really well done, and that’s a rarity in the educational games space. I thought it was pretty polished, even though it was light on actual gameplay. It’s one of those stories that is better told through interactivity, and it could reach the right target market as a story told through a game. The game was inspired by Telltale story games that are also a lot like animated comics. The students consulted with an on-campus sexual assault expert at Carnegie Mellon.

“No one wants to be condescended to,” said Stephanie Fawaz, one of co-producers. “In theory, people may say, ‘oh god,’ it’s a sexual assault app. Most of them suck. We wanted to make one that didn’t suck.”

This game came from a team of 14 at the DigiPen Institute of Technology. The game is set in a pretty 3D-animated landscape reminiscent of the Greek myths. You play as Orion, the great hunter, on his journey through a mysterious land of Krino. He shoots his bow to move around the environment in a magically fast way. And he must prove himself worth of the gods of Olympus. If he succeeds, he’ll become immortal. If he fails, it’s down to the depths of the underworld. 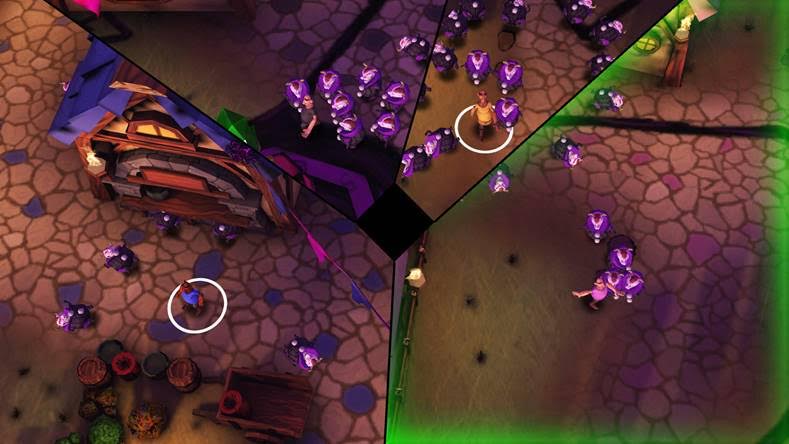 Above: Mirrors of Grimaldi

This title is from a team of eight at Drexel University. It is a four-player split-screen game where the whole point is to take over the entire screen. Mirrors of Grimaldi is wonderfully creative in that concept. Players are pitted against each other as they make their way through Grimaldi’s Interdimensional Demonic Carnival. Swarms of demonic minions attack the four players. If you start to lose to the minions, your screen gets smaller as does your room for maneuvering. You can punch the minions and cause them to move into someone else’s screen, making the minion into your neighbor’s problem. The last surviving player is the one that winds up with the entire screen. 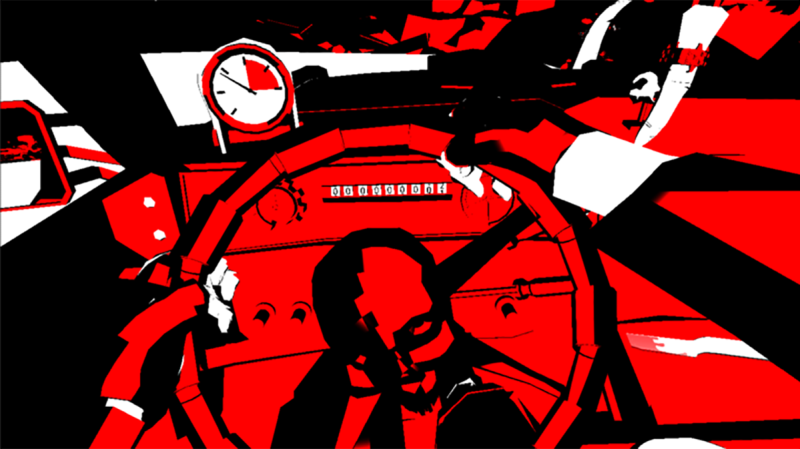 This was a racing game like no other, with some art inspired by Frank Miller graphic novels. Everything in the scene was red, black, and white. As the player, you take control of a car called the GTFO, and drive into the horizon. You are haunted by a tragic past, and you’re trying to escape. Yes, the situation is dire. You slowly piece together the story of what happen to the main character while on the road. And you have to evade the Rustborne that haunts your rear-view mirror. 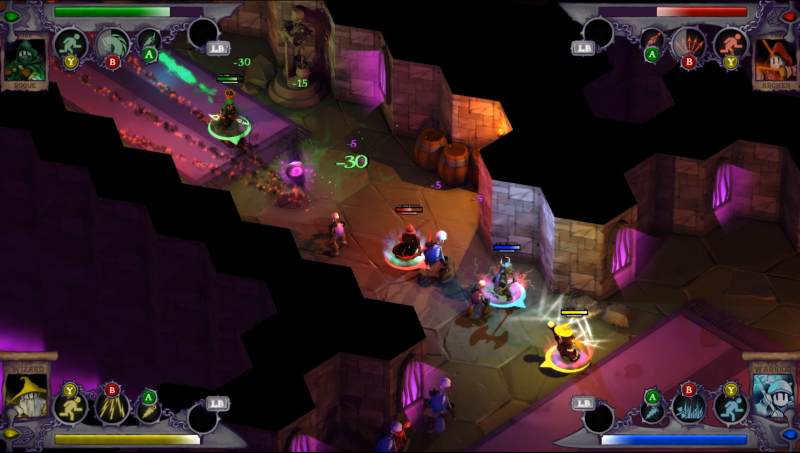 Hack, Slash & Backstab comes from a team of 15 students who worked for 15 weeks at the Rochester Institute of Technology. I could see why it may have needed a bigger team because the neon-glowing art was beautiful. It was a Diablo-like hacking fantasy game where two to four players roam through a dungeon together. You attack the enemies, but your friends aren’t actually trustworthy. At certain times in the game, the players have to be cooperative. But when you reach the goals, there can only be one winner. And that’s when players turn on each other.

For a time, you can work together as warrior, rogue, wizard, and archer. But then you have beware the Ides of March. 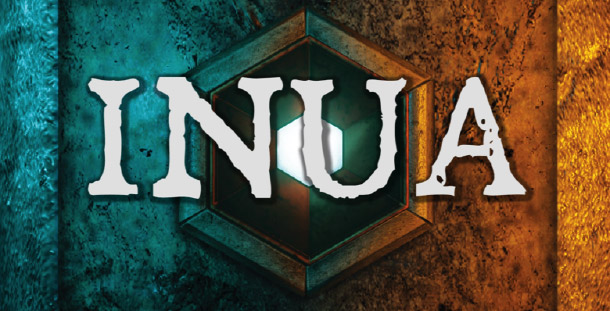 This game was built in the Unreal Engine by a team of 14 at the SMU Guildhall. Inua is a 3D single-player action puzzler in which players use ice and fire to manipulate their environment. You have to fight enemies and make your way through an ancient, mysterious temple. The art is beautiful, and it has a Native American art style. You play as a young woman named Kaya who goes into the temple of a nature goddess. She must obtain her totem element — an external expression of her nature that each individual in her tribe must achieve. To her surprise, she obtains control of both ice and fire. This game won first place for visuals in the showcase.

Aura is a two-dimensional exploration-based music game that reminds me of Asteroids. You are the pilot of a lone ship, capable of absorbing the power generated by your mothership’s aura. You are your people’s last hope, and you must get your people to your home planet by collecting fuel contained in nodes that have been placed in an alien land. These nodes are protected by a hive-mind AI that will stop at nothing to keep their resources safe. Collecting the fuel allows the mothership one chance to jump through hyperspace, bringing your people closer to home. This puts a little bit of high stakes into your Asteroid-like journey.

The nodes’ behavior is informed by the music being played. As the fuel is gathered, the music being played becomes denser and more complex, culminating in a final encounter with the AI. The music and the game have been designed hand-in-hand to deliver a synchronized audiovisual experience. While the visuals were as simple as could be, the combination with the music was definitely a new twist. The game was made by two students at the University of California at Santa Cruz. 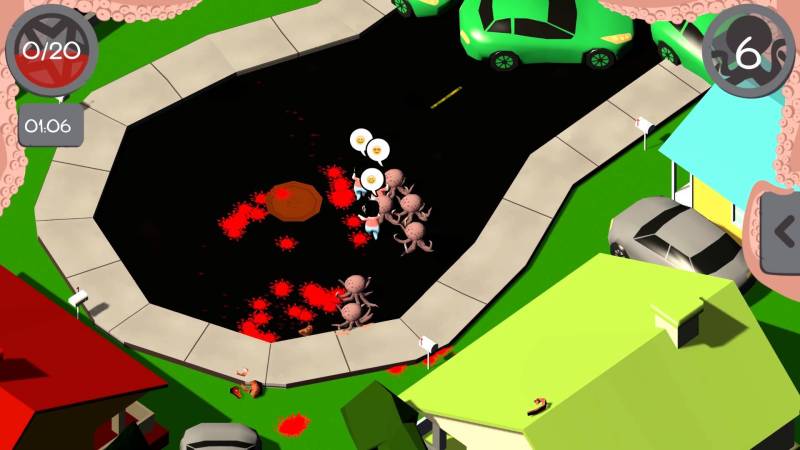 This was an absolutely hilarious game that was made even funnier by the deadpan presentation by the students presenting it. It was made by 14 undergraduate students at the University of Utah.

Tentacult! combines cute and brutal in the same game. It’s a physics-based dual stick shooter game where you start out with a single tentacled monster who has arrived in suburbia. You start chasing down other humans through the town, dubbed Pleasantville, and turn them into bloody pulps when you catch them. The infected human turns into another tentacled creature, and pretty soon you create your own horde. You control the movement of this growing horde as you chase the neighbors down. But the humans eventually get wise and send armed police or soldiers to take out your horde. So you have to be clever in how you use physics to preserve the horde and escape. The crowd was just laughing all the way during this demo. 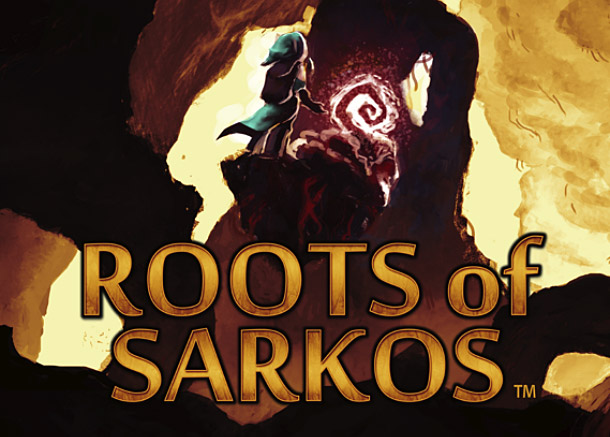 Above: Roots of Sarkos

Communication is key in Roots of Sarkos, an asymmetric platform game from a team of 21 at the University of Texas at Austin. It’s a two-player co-op asymmetric game that takes place on the mysterious planet of Sarkos. Both players must rely on each other’s individual strengths and abilities in order to escape the mysterious floating islands of Sarkos. One player guides, the other acts, and both have to learn to trust each other. 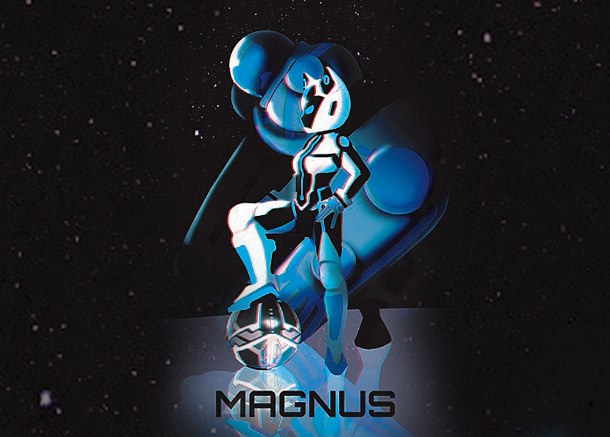 Magnus is the first third-person, physics-based flying soccer game where players control a robot athlete in a space arena. You compete against other players online in a competitive action based sports arena built in Unreal 4. The title was made by 20 students at the University of Southern California. 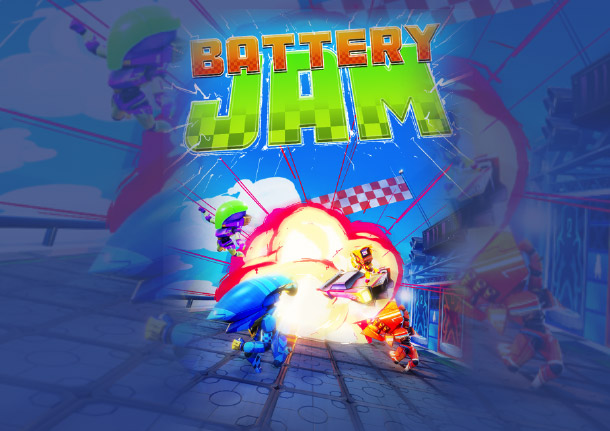 This title from four students at the Savannah College of Art & Design was a natural for esports. Battery Jam is a competitive party brawler game where you and up to three friends choose a robot character. You gather in an arena and then use your gadgets to make the other characters, dubbed Jammers, run out of energy. You can maneuver them into deadly environmental hazards. Choose from multiple Jammers with distinct personalities and cute dance moves.