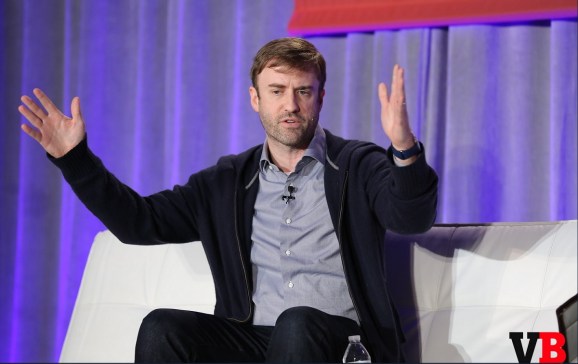 Within two years, a relatively unknown company called Machine Zone has exploded to become one of the largest mobile gaming companies in the world, all on the back of a couple of mobile games, Game of War: Fire Age and Mobile Strike.

The company’s CEO, Gabe Leydon, has since become one of the sharpest critics of the multi-billion dollar ad industry.

That’s because, along with its rapid growth, Machine Zone has become one of the largest advertisers on mobile, in order to distribute that game to its millions of users. Almost overnight, Leydon found himself confronting an industry woefully behind the times, lacking transparency and performance data, and riddled with fraud, he said.

We’re pleased to announce that Leydon is joining us in a talk at next week’s Mobile Summit in Sausalito, our executive level event focused on how to grow quickly on mobile.

Leydon ruffled feathers in the East Coast media world last month by predicting the end of advertising as we know it. When more buyers like Machine Zone enter the market demanding transparency, he said, there will be a drastic re-pricing of the market, and many media companies are poised to collapse. “They’re in denial,” he said.

Machine Zone spends hundreds of millions of dollars a year to market its mobile games and is by far the largest spender on TV among gaming publishers. And it uses more than 300 “channels” for the company’s advertising campaigns, making it one of the most sophisticated buyers in the world right now. It also has a second top game out, called Mobile Strike.

The ad world has become dizzyingly complex, with so many networks and exchanges — many with their own reporting and measuring standards — that it’s impossible to have the real transparency needed to make efficient decisions. It’s this reality that we’re debating at the Summit, and we couldn’t have a better person than Leydon to give us an update on his thinking.

You should check out the East Coast talk; it’s a good one. There’s a line in there where Leydon talks about the profound change in distribution speed, now that 2 billion people carry mobile devices. One of those people can see a billboard advertising an app, download the app, and start spending money on it, all within 120 seconds. You can’t sell water that quickly, and it’s a necessity.

When I first asked him to talk at the Summit, Leydon said he didn’t know what more he would be able to say: “I think the Re/Code talk worked so well because I was at a conference where no one wanted to hear it, which was evident by the questions. VB, however, would be preaching to the choir.”

However, I insisted that there is still more to cover. After all, the big Silicon Valley-based app companies are beholden to many of the same ad networks that have no interest in pushing for transparency. And these app companies all need to make the same massive investment to get up to speed on the big ad platforms like Google and Facebook, leaving them with few resources left to try out other networks. How do fast-growing apps, or even big brands, navigate all of this?

There are still no tools, Leydon says, to help big buyers like Machine Zone measure how ads perform in many of the regions the company is active. Some of the largest networks don’t even have any country-level performance data. Until such a tool arrives, the market is likely to stay highly inefficient.

We look forward to discussing this with Leydon on Monday. We invite only 180 executives to the Summit (but you still have time to apply to attend here).