In November 2015, Microsoft launched the Microsoft Graph, which gives applications access to digital work and digital life data across the Microsoft cloud. Put another way, the company opened the door for developers to leverage data, intelligence, and APIs with a single authorization token in their own apps.

Today, the Microsoft Graph expanded to include a user’s out-of-office status and recent email attachments, as well as new APIs that return “relevant documents” and suggestions for meeting times based on real-time calendar availability. Applications that consume Office data will also be more responsive, Microsoft promises, as they can now get notifications through Microsoft Graph for changes to users’ email, calendar, and contacts. 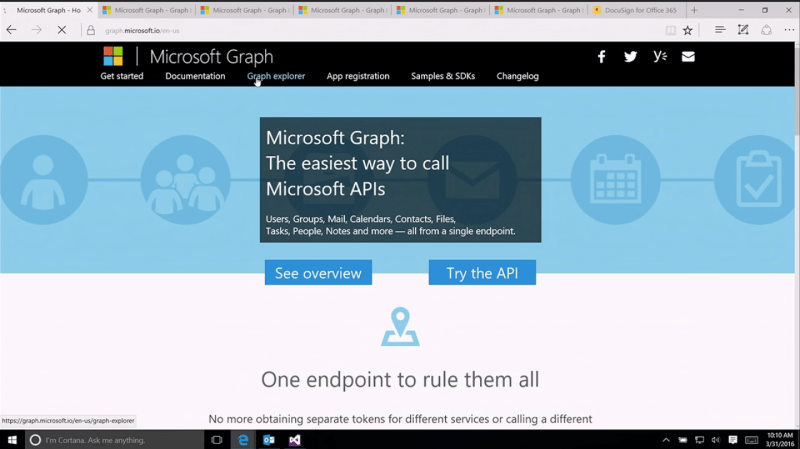 On stage, DocuSign was demoed to show how users can pick files directly from their OneDrive account, search for signatories from their contacts and colleagues by expertise or phonetic name matches, and be notified when a colleague they are emailing a document to is out of the office. Zapier, meanwhile, was shown off using the Excel REST API to interact with a file sitting in OneDrive for Business and add data to an Excel spreadsheet.

Next, Microsoft announced add-ins are coming to Office 2016 for Mac “later this spring.” The company also promised centralized deployment and programmatic creation of ribbons and buttons. 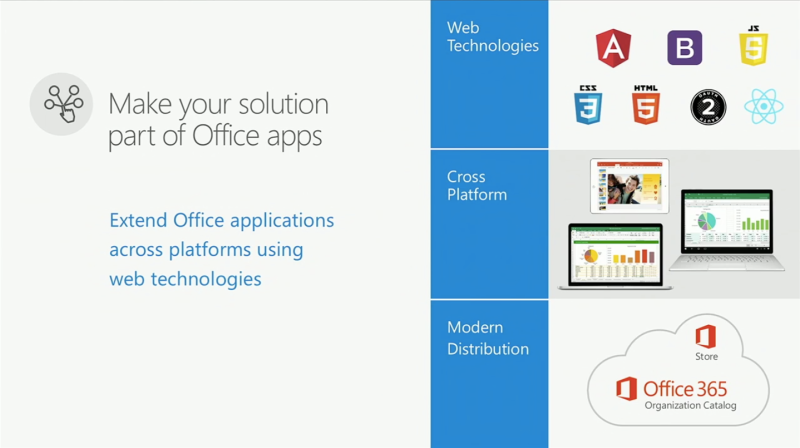 Last but not least, Microsoft unveiled the new Skype Web SDK, Skype for Business App SDK, and Office 365 group connectors. The first two allow companies combine “cloud voice, meetings, and messaging” in their apps across a range of web and device platforms.

Out of all of the above, add-ins are probably the easiest to grasp. It remains to be seen which ones developers race to implement, though, as Microsoft is clearly still at the stage of trying to figure out how best to reach its 1.2 billion Office users.