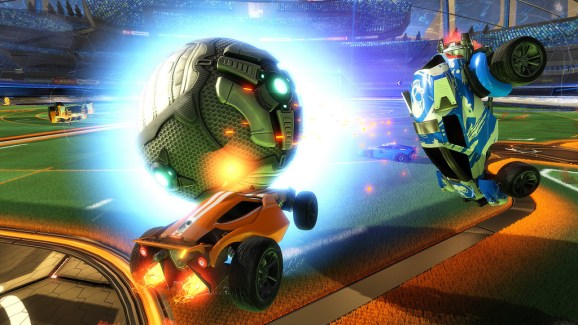 Rocket League continues to grow into an esport.

You don’t have to go pro to chase your competitive Rocket League dreams.

The exciting car-soccer game is getting official competitions for players at the amateur, collegiate, and semi-pro levels in partnership with esports organizer ESL, American Video Game League, and Rocket League Central. These competitions will serve audiences who are not playing at the highest level in the Rocket League Championship Series, which developer Psyonix announced last month. Competitive gaming is on pace to generate $463 million this year, primarily from sponsorships and marketing, but publishers and studios have also found that it is a useful tool to keep fans engaged with their games.

Psyonix is funding these leagues with $30,000 in prize pools and scholarships. ESL will run the amateur events called the Rocket League Go4 Cups. For the collegiate and semi-pro levels, the developer is bringing in American Video Game League and Rocket League Central, respectively. All three of these organizers have had a hand in previously running unofficial Rocket League events, but now they are full partners with the game.

Rocket League was a breakout hit in 2015. It debuted in May on PlayStation 4 and the PC-gaming portal Steam. It got an immediate boost due to launching as part of the PlayStation Plus’s Instant Game Library, which gives access to all the people who subscribe to that premium membership service at no additional charge. Since then, Rocket League has caught on with a huge number of people, and it has players competing at a variety of skill levels.

Thanks to its work with these partners, Psyonix can foster an esports scene that takes people from amateurs all the way through to pro.