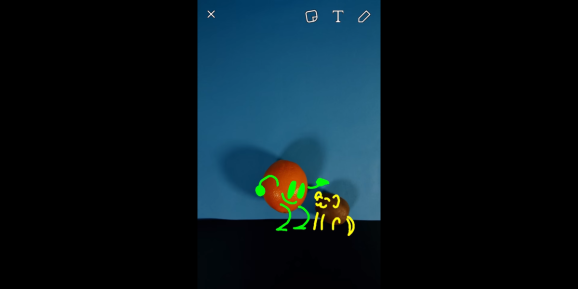 The video description explains that creating the video only required three components: “some fruits, Snapchat, and a LOT of free time.” Unfortunately, I only have the first one, and even if I were to get back on Snapchat, I seriously doubt I’ll ever have enough of the third component.

But it’s the catchy music that particularly draws me in, almost to the point that I wish this was a real game I could play on my phone:

The vertical video is really my only complaint, though I’m told that this is just the way Snapchat is. It turns out you can film and send horizontal videos in the app, but no one does this.

Also, Snapchat doesn’t have any built-in games. If this doesn’t inspire the team, I’m not sure what will.