Zynga said earlier this year that it is launching 10 new games that could turn around its fortunes in mobile games. And it is launching one of those titles this morning.

The social-mobile game company is targeting a broader group of gamers with its mobile titles, and it hopes the billion-plus casual mobile gaming fans will take to the new titles. These games are important for Zynga’s attempt to get its own golden ticket in the $34.8 billion mobile game market.

San Francisco-based Zynga is launching its free-to-play Willy Wonka & the Chocolate Factory Slots around the world on iOS, Google Play, Facebook, and the Amazon Appstore.

In the fourth quarter, Zynga’s slots games grew 78 percent over the prior year and were up 7 percent sequentially. By adding a new title, Zynga hopes to have a full suite of games in social casino slots, which is a good category for monetization.

“Beloved by generations, the Wonka-verse is full of pure imagination and whimsical fun, making it the perfect setting for an immersive social slots experience,” said Joe Kaminkow, Zynga’s chief game designer and senior vice president of slots, in a statement. “With timeless characters and scenes inspired by the original film featuring Charlie, Willy Wonka, and the other golden ticket winners, Willy Wonka & the Chocolate Factory Slots allows players to enter the unpredictable world of Wonka’s chocolate factory, experiencing the movie magic in a whole new way.”

Each level of Willy Wonka & the Chocolate Factory Slots brings players to a new room in the famed chocolate factory and includes the real sounds, character voices, and artwork from the film. Players can take their friends along for a wild ride when they enter the chocolaty gates of the factory and peruse the gumball-machine conveyor belt by connecting on Facebook to play seamlessly between their phone and tablet. 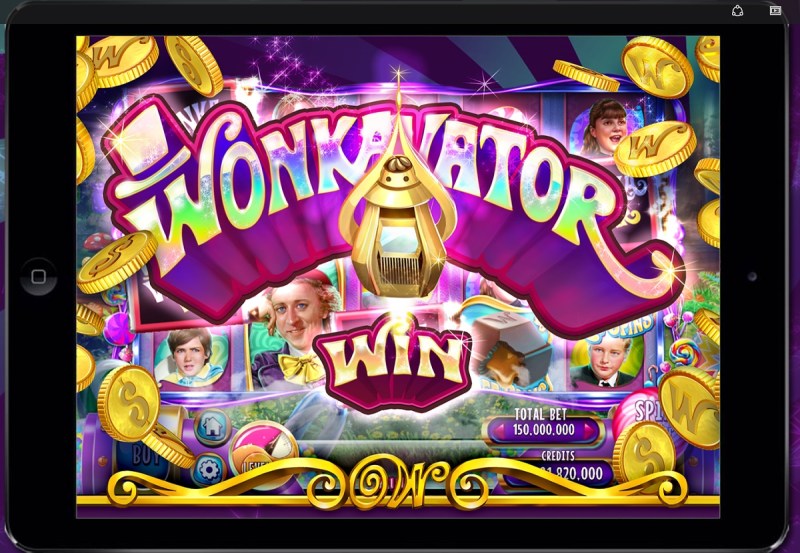