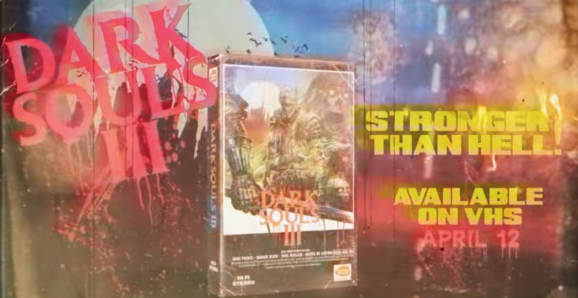 Nothing is real today because April 1 is about lying, but at least one lie is pretty neat.

Publisher Bandai Namco has released an excellent trailer for the “VHS release” of its upcoming punishing role-playing game, Dark Souls III. The video, which you can check out below, takes on the style of a 1980’s horror film with a synth-heavy soundtrack and an ominous voice over. Dark Souls III debuts in the United States on April 12, but you can maybe watch this clip over and over to hold you over: