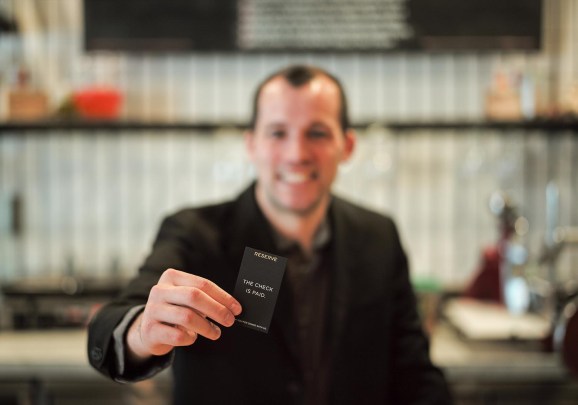 Reserve has announced its latest acquisition — Dash — which brings with it the technology for direct integration with Point-of-Sale (POS) systems. This marks the fifth acquisition by the OpenTable rival. Financial terms of the deal were not disclosed.

This news comes on the heels of Reserve’s announcement that it has received a strategic investment from Diageo, the beverage company behind Johnnie Walker, Crown Royal, Guinness, and other beverages and spirits.

Since 2013, Dash has specialized in payment processing, largely through its mobile app. Users were able to split or pay the bill and receive an itemized receipt from more than 250 bars and restaurants throughout the U.S. As a result of the acquisition, Dash founder Jeff McGregor and the product and engineering teams will transfer over to Reserve. The Dash app itself will be discontinued, and the technology will eventually be integrated into Reserve.

This means Reserve will have an opportunity to integrate with the likes of Aloha, Micros, and other popular POS systems.  A company spokesperson told VentureBeat: “As Reserve pushes more deeply into the payment space, POS integration will be an important way to help restaurants understand their diners and provide exceptional hospitality to Reserve guests. It would also give Reserve the ability to improve the diner experience by providing a more detailed digital receipt after the meal.”

The POS integration is an important step, since it facilitates better communication between the consumer and the restaurant, starting from the moment you sit down at a table. What’s more, Reserve receives ownership of Dash’s sole utility patent and three pending patents.

Prior to the acquisition, Dash was used by 250 restaurants across New York City; Washington, D.C.; Atlanta; and Miami, as well as on 50 university campuses throughout the U.S. It had raised less than $2 million in funding from investors like Brooklyn Incubator, Caerus Ventures, and Vice’s Mike Germano, among others. By moving to Reserve, it joins the likes of last-minute reservation system SoonSpoon, reservation app Zurvu, mobile payment system Hail, and the restaurant CRM solution Set for Service.

Reserve recently received an undisclosed amount of funding from a company attached to Diageo’s technology venture arm. We’re told that the money will be used to expand operations within the seven cities Reserve currently serves, while also targeting new markets for launch. Reserve said other strategic partners may contribute to “this note,” which is why it declined to disclose the size of the investment or the terms. The company added that eventually the capital raised “will convert into our future B round.”

Diageo’s participation is particularly notable because it’s a major beverage company whose expertise could enable Reserve to better understand the restaurant landscape. Leading up to today, Reserve had raised $15 million from multiple investors like First Round, Lowercase Capital, Sherpa Capital, SV Angel, actor Jared Leto, director Jon Favreau, and others. It was created through the startup strategy firm Expa.