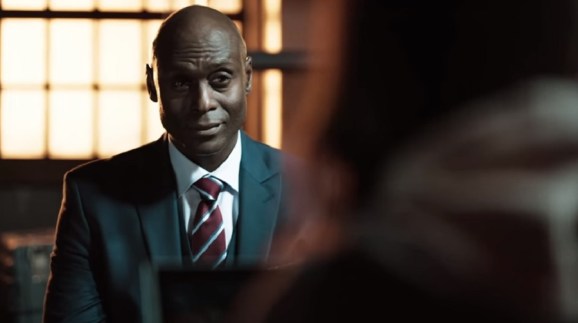 We’ve tried to write this with a minimum amount of spoilers.

Quantum Break is a big new video game from Microsoft for the PC and Xbox One. Remedy worked on this time-travel shooter game for five years. It is perhaps the biggest new original game that Microsoft has coming for the Xbox One, and its success or failure will help or hinder Microsoft in its console war with Sony and Nintendo.

In this part of our coverage, we’ve captured some of the gameplay and cinematics from the first act of the five-part game, which is highly replayable because it has different junction points and plot twists based on the decisions that you make.

What makes the game interesting is how Quantum Break moves beyond Alan Wake and creates actual TV episodes. The actors who provide the animated likenesses and voices in the game are used in those episodes. The game has five acts. At the end of each act, a junction point allows you see a bit of the world from the view of the villain, Serene. Then you have to make a choice, such as cracking down on the town people who are upset about what Monarch Solutions has done at the university or using those people in a PR campaign to help hunt down Jack Joyce.

After the junction point, a live action video starts playing. It’s a 20-minute episode where the characters in the game are played by real-life actors. You see the story from the villain’s point of view in these scenes, and they serve the purpose of adding ambiguity to the story. Paul Serene is clearly bad news, as he is portrayed excellently by Game of Thrones “Little Finger” actor Aidan Gillen. But the people around Serene are more ambiguous and seem like they can be swayed toward good.

Based on your choices, the story changes. You’ll see up to 40 different video episodes and shorts across the span of the game.

Here’s where the action of the game begins in the first act, after a university experiment causes a “fracture” in time and gives Jack Joyce (portrayed by Shawn Ashmore) the ability to manipulate time.

Jack Joyce fights a big shootout in this scene.

More of the first act, as Jack Joyce learns more and fights more.

This is the junction point where Paul Serene chooses what to do with his witnesses.