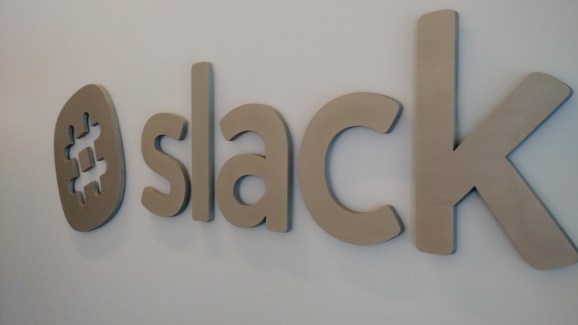 At Slack headquarters in San Francisco.

Thrive Capital led the round. Comcast Ventures, Accel Partners, GGV, Index Ventures, Social Capital, Spark Growth, and others participated in the round.

Numerous reports emerged in the past few weeks about Slack taking on new money, but now it’s official.

Slack last raised funding about a year ago — a $160 million round at a $2.8 billion valuation.

In January Slack formed a Search, Learning, & Intelligence Group. Meanwhile the startup, which launched in 2014, is now building out a platform for many integrations in the form of chatbots that can be accessed with commands in the text box at the bottom of the window. Slack is supporting the BotKit open-source framework for building bots that can work on Slack.

Earlier this week, Microsoft plunged into the bot-building market with the Bot Framework, the BotBuilder software development kit (SDK), and bots for its Skype service.