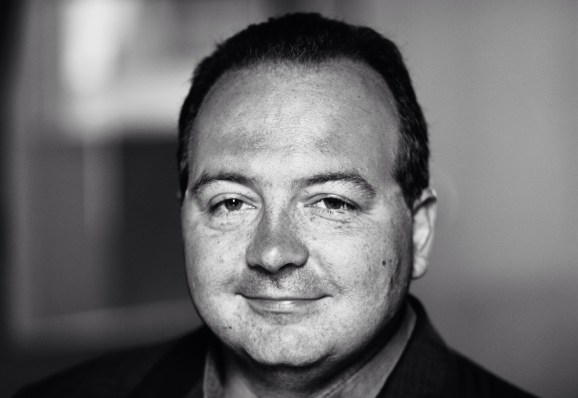 The most surprising fact about video and music streaming pioneer RealNetworks more than 22 years after its founding is that the Seattle-based company still exists.

Since being founded by former Microsoft executive Rob Glaser in 1994, the company has managed to be at times too far ahead of the curve and too far behind; a cornerstone of the multimedia revolution and an also-ran. Real has survived bruising legal and public relations battles against tech Goliaths only to find itself fighting for its life each time.

After a tumultuous journey, Glaser left the company in 2010 for what looked like the classic second act in technology: the comfy life of a venture capitalist at Accel Partners. But two years later, he climbed back into the ring as Real’s interim CEO, a position that became permanent in 2014.

Glaser’s return has echoes of Steve Jobs returning to Apple and Michael Dell returning to Dell. And in his wake, we’ve seen co-founder Jack Dorsey retake the helm at Twitter, and co-founder Tim Westergren become CEO at Pandora last week.

For Glaser, despite all the victories and setbacks and trailblazing over the years, the chance to place his creation on solid financial footing and secure his own legacy was perhaps just too tempting to turn down.

“When the board asks you to come back, it’s hard to ignore that,” he said. “I was away for 2.5 years and spent a lot of time with my kids. But we tried two different successors and it didn’t work. So when the board asked me to step back in, I had mixed feelings. But in the end, I felt a lot of loyalty to the company.”

I met with Glaser, 54, at the RealNetworks both in Barcelona at the Mobile World Congress in late February. As someone who has lived through the extraordinary changes in technology over the past two decades, he’s happy to trade stories about the personalities he’s grappled with and the waves of disruption that sunk many of Real’s contemporaries from the Internet’s early era.

But on this day, Glaser was also eager to look ahead. The company had just announced a major partnership with Vodafone, which is now integrating the RealTimes app, the centerpiece of the company’s comeback strategy, into its phones.

Launched in mid-2015, RealTimes lets users store their videos and photos online and turn them into story montages with music and words and basic editing tools. In essence, the company is trying to leverage its decades of work with online multimedia with RealTimes and strike partnerships with carriers to get it into the hands of users.

“We have a lot of commercial experience and technical experience in this area,” said Glaser. “So as the company has stabilized we decided this was an area we could invest in.”

But after cycling through two CEOs, and a lot of tough calls by Glaser, the most recent quarter offered some reason to be optimistic. The company reported revenues of $29.9 million for Q4 of 2015, up from the third quarter revenue of $29.8 million and up from $22.7 million for the same period ago.

Getting to this point was harder than even Glaser thought it would be. It involved sifting through Real’s product portfolio and narrowing it down to just a handful of areas that offered opportunities to rebuild the company. But he’s confident the turnaround is taking hold and he expects revenues to be up this year.

“It’s taken a bit longer then we expected,” he said. “But 2016 will be our first growth year in a number of years.”

Real vs. the world

For anyone who came of age during the 1990s, viewing multimedia content online was practically synonymous with RealNetworks.

Having left Microsoft to start RealNetworks in 1994, Glaser announced the launch of RealAudio in 1995 to let people stream heavily compressed audio over their pokey dial-up connections. RealVideo came in 1997. Later came RealJukebox to let people organize their music collections.

The RealPlayer that tied all these things together, that let people watch and listen to multimedia on their PCs, became dominant. For a time.

Microsoft jumped into the streaming game in 1997 with Windows Media Player. Soon Real began losing steam on PCs just as in the browser wars, Microsoft was using its Windows monopoly to squeeze rival Netscape.

Glaser found himself in a heated battle with his former employer and friend, Microsoft cofounder Bill Gates. Real’s legal claims were validated in 2004 when the European Union fined Microsoft $600 million and ordered it to remove Windows Player from Windows because it was unfair to Real. A year later, Microsoft paid Real $761 million to settle its antitrust claims.

As the fight against Microsoft boiled, Glaser had continued to navigate the rapidly shifting digital media landscape. He acquired Listen.com and used it to launch Rhapsody, one of the early music subscription services. It was another pioneering move, but one for which the world wasn’t quite ready.

Instead, Apple had launched iTunes and the iPod, and digital downloads became the new hot thing. Glaser found himself butting heads with the newly resurgent Jobs, whose Apple was seizing control of the digital music market.

Glaser argued that Jobs should allow the iPod to work with other software besides iTunes. Jobs never budged, and once again, Real found itself losing ground in a market it helped discover.

“What we underestimated was that the pivot to digital would be a two-step pivot,” Glaser told me. “First there would be downloads, then subscriptions. We’re clearly on the right side of history on this one.”

Despite these setbacks, Real’s revenues continued to grow until 2008. By then it offered a wide array of streaming services, enterprise software, and games. But as markets shifted, each business line began to decline.

In January 2010, Glaser left the company. A few months later, Rhapsody was spun out as a separate joint venture. But the hemorrhaging continued.

Back to the future

Back in the Real CEO chair, Glaser can take some satisfaction that the future has finally caught up with the multimedia-streaming vision he had two decades ago.

Netflix and YouTube have become dominant online video streaming services. Spotify, Deezer, and belatedly, Apple Music have made it clear that streaming and subscriptions are the way people are going to consume music.

But this still leaves the question: What is the opportunity for RealNetworks?

The company under Glaser now resembles a holding company in many ways. It owns 43 percent of Rhapsody, for instance, though it’s not counted in Real’s financials. Rhapsody (which uses the Napster name internationally) now has about 3 million subscribers. Revenues are growing, but so are losses as it tries to keep up with Spotify and Apple Music.

At the core of RealNetworks today, there are three pieces: games, carrier services, and its media player.

“When I came back, there was enough challenges to making each of these business grow and get them aligned with the future,” Glaser said. “These were the three with the most promise.”

RealNetworks plunged into games in a big way back in 2004 when in acquired social gamemaker GameHouse. While officially based in Seattle, Glaser said most of the company is based in Europe and runs “almost independent.”

Real tried to give that division a boost in 2013 when the company acquired social casino gamemaker Slingo Inc. for $15.6 million. But Glaser sold Slingo in 2015 for $18 million, when it appeared regulatory gambling rules were going to limit its potential, he said.

The focus now is squarely on social and mobile casual games, and Glaser is optimistic.

“The casual games business is doing quite well,” he said. “We think we’ll grow that significantly again.”

Within the other two pieces of the puzzle, the biggest initiative was the release of RealTimes last year. Rather than hoping to find success just in app stores, RealNetworks is working with carriers to create partnerships, and has so far signed up Verizon Wireless along with Vodafone. This is where Glaser clearly gets more excited and more animated as he talks about the chance to get back to creating something new.

“This is the core of Real: video and audio for creating and playing your photos and video,” he said. “We looked at the market for photo and video and thought the biggest underserved part was video.”

As for what else may be in the pipeline, Glaser is more circumspect. RealPlayer remains in widespread use in some Asian companies. And clearly Glaser is thinking, once other parts of the business begin to grow, about whether there is some way for RealNetworks to make a bigger impact in the video streaming market it helped trailblaze many years ago.

Despite his optimism, this loose confederation of businesses has led to periodic talk of spinning off or selling pieces, particularly games, to give RealNetworks a clearer identity. Glaser downplays that for now. He insists each is vital to making RealNetworks’ comeback a sustainable one.

“I often get asked, which is the most important business,” he said. “I love all my children. We want them all to be healthy and growing.”