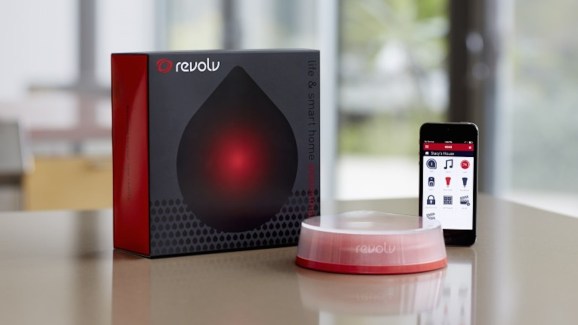 Nest, owned by parent company Alphabet, is shutting down the Revolv hub and app on May 15, 2016. This isn’t just an end-of-support story: The hardware will simply cease to function next month.

“Revolv was a great first step toward the connected home, but we believe that Works with Nest is a better solution and are allocating resources toward that program,” a Nest spokesperson confirmed to VentureBeat. The Works with Nest program allows third-party devices to communicate with Nest products. Apparently Revolv couldn’t simply be added to the program.

In other words, it’s not at all surprising that Revolv is going away. It is, however, shocking that Nest is essentially bricking the Revolv hub. Existing customers are understandably very upset.

We asked Nest for more information, namely Why Revolv simply can’t be added to the Works with Nest program. “We’re pouring all our energy into Works with Nest and are incredibly excited about what we’re making,” a Nest spokesperson told VentureBeat. “Unfortunately, that means we can’t allocate resources to Revolv anymore and have to shut down the service. Revolv Hub hasn’t been on the market or in development since the acquisition back in October of 2014.”

Nest wouldn’t share how many Revolv devices would cease to function next month.

The full letter from Revolv’s founders is below:

Revolv was a great first step into the connected home. It wasn’t perfect, but we worked hard to make something we — and other smart people — could build on.

And it worked. In 2014, we were bought by Nest and the technology we made became an integral part of the Works with Nest platform. Now Works with Nest is turning into something more secure, more useful and just flat-out better than anything Revolv created.

So we’re pouring all our energy into Works with Nest and are incredibly excited about what we’re making. Unfortunately, that means we can’t allocate resources to Revolv anymore and we have to shut down the service. As of May 15, 2016, your Revolv hub and app will no longer work.

Thank you for your support and believing in us. We’re sad for the end of Revolv, but this isn’t the end of the connected home. This is the beginning.
— Tim & Mike

Update on April 5: Nest is considering compensating Revolv customers. “We’ve been working with the small number of Revolv customers on a case-by-case basis since we sent out the first customer notification in February to determine the best resolution, including compensation,” a Nest spokesperson told VentureBeat. When asked how much compensation one can expect, the spokesperson simply replied that “the best thing for customers to do is to contact us at help@revolv.com.”