SAN FRANCISCO — Laurene Powell Jobs is moving her education reform program forward this Friday. She, along with Russlynn Ali, CEO of the XQ Institute, will be announcing the next phase of their plan to reinvent the high school system.

At the third annual Female Founders conference in San Francisco, Ali revealed that since the program began accepting applications for its six-month-old competition to rethink what a high school education should be, 700 applications have been submitted. She said that this Friday, XQ Institute will whittle that number down further. Eventually that number will drop to five winners, each of which will receive backing from Powell Jobs’s $50 million investment. 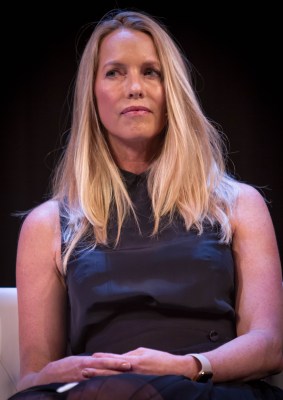 Above: Laurene Powell Jobs, chairman of XQ Institute and founder of Emerson Collective, on stage at the Female Founders conference in San Francisco, Calif. on April 4, 2016.

“We’re going to fund a small number compared to how many have submitted applications, but each one is solving problems that they see in their community,” Powell Jobs said. “Each one is going to be different. We’re going to have a whole bunch of different models of schools that we’ll follow and share across the network, the successes and failures of each one.”

The XQ Institute was born out of the notion that the education system is broken. “It’s not that it was badly designed in 1906, it was really a breakthrough design for its time,” Powell Jobs explained. “Now that we’re out of the industrial era, there’s been no substantial systemic change in the way we do high school. What we’re seeing is the manifestation of…bad design.”

As she and Ali have been working to come up with a new way of educating students, the idea was born to construct a national competition for breakthrough ideas, largely influenced by the people they met while in Silicon Valley. Ideas submitted had to center around giving students a voice, and the call for submissions has gone out not only to educators, but also to entrepreneurs, business people, artists, and students. Powell Jobs said that the XQ: The Super School Project received school designs from all 50 states, including Washington, D.C. and Puerto Rico.

And while only five projects will be selected, she said that “no one would be a loser” and added that many teams will likely continue on no matter what.

Ali said that what’s needed are ideas to close the so-called opportunity gap between students from different communities, which is caused by differences in teachers and curriculum as well as by bigotry and other factors. She said that XQ’s mission is to cure society of this “persistent opportunity gap.”

On Friday, the application selection narrowing down its 700 applications, and the contest will move on to its “developed phase.” This summer, Powell Jobs, Ali, and others from the XQ Institute will travel across the country with a tricked-out old school bus, the interior of which has been rebuilt as a futuristic classroom. They’ll make 30 different stops, including at the Republican and Democratic national conventions. At each place, they’ll have pop-up concerts, teach-ins, exhibits, and more.

Updated on 12:16 p.m. Pacific on Tuesday: The post and headline has been updated to reflect updated numbers, specifically that XQ Institute received 700 applications and that the number of posts being whittled down is not 70, but an undisclosed number.